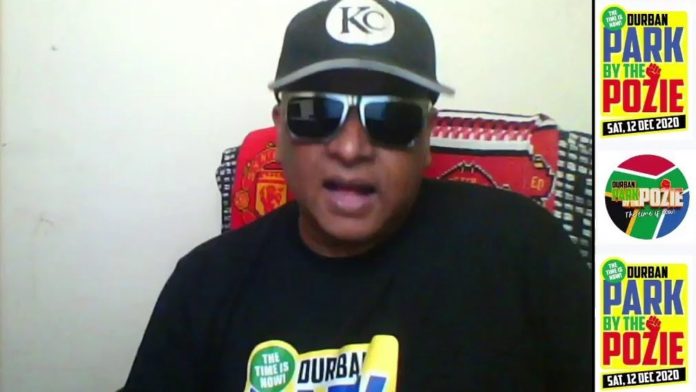 The National Indian Congress of SA (NICSA) wants South African Indians residing in #eThekwini to “Park by the Pozie” on December 12. Claiming to represent the South African Indian population, the NICSA wants to send a reminder that “the Indian community is a part of the fabric of SA and that we need to be treated and respected as such.”

According to the Statistics South Africa (Stats SA) Mid-year population estimates 2019 , South African Indians make up 2.6% of the total population of South Africa. That is around 1.5 million people.

From 2006 to 2015, the Gini coefficient increased for black Africans while it remained constant for coloureds and decreased for Indians/Asians and whites.  Due to both their low population share and income share, Indians/Asians’ contribution to within inequality was the lowest followed by whites.

The asset index employs data of household’s assets such as durable and semi-durable goods to describe household welfare instead of using household’s income or expenditure data.The average asset scores for black South Africans remained the lowest as compared to other population groups. Whereas white South Africans had the highest scores, followed by the Indian/Asian population. Asset inequality has decreased between 2009 and 2015 among three population groups, namely coloureds, Indians/Asians, and white. Asset inequality increased for black South Africans over this period unfortunately.

The earning distributions starkly depict the heavily racialised inequality in the South African labour market. Black South Africans earn the lowest wages when they are employed. Between 2011 and 2015, amongst employed black Africans, the average salary was R6 899 per month. For coloured and Indians/Asians the corresponding statistics are R9 339 and R14 235 per month, respectively.

Other indices in the survey

Looking at healthcare, the majority of Indian/Asian- and white-headed households tend to prefer the use of private facilities. Indians/Asians had notably better medical aid access relative to black South Africans Africans and coloureds. They still had less access than whites, but this gap decreased from 2009.

Households headed by whites and Indians/Asians had the highest proportion of households with access to electricity reaching 99,2% and 97,7% in 2002, respectively. These households stayed above 95% for the period under review recording 98,6% and 98,1% for white- and Indian/Asian-headed households in 2017, respectively.

White- and Indian/Asian-headed households had the highest proportion of households with access to the internet. In 2017, the number set at around  78,4% for Indian/Asian households.

South African Indians are not being marginalised or sidelined. Instead the community needs to be having more nuanced conversations about race, class and heritage.

Author’s note: The featured image of the piece has been changed to better reflect the content.