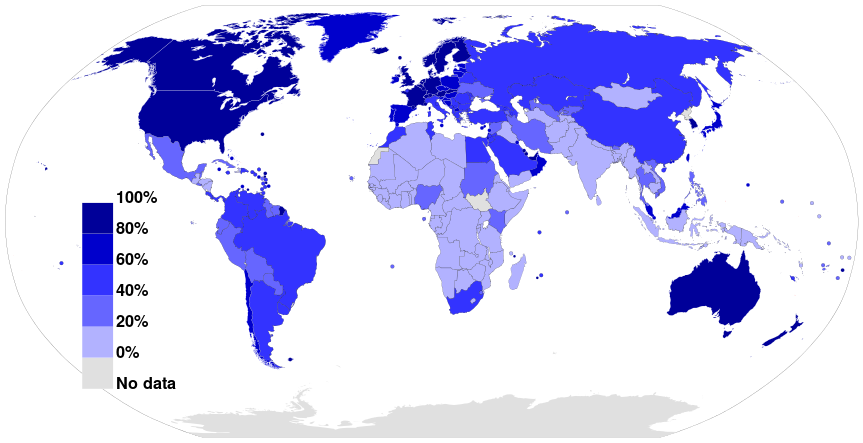 For high-school and university students around the world, writing a simple paper seems nearly impossible without the help of Google. But for millions of peopleÂ across Africa, the internet, and its wonders, remain a luxury. While Africa covers sixÂ percent of the Earthâ€™s total surface area and 20 percent of the total land area, it represents only sevenÂ percent of the globeâ€™s total internet users. But a new digitalÂ offline library is helping to easeÂ theÂ digital divide, writes FIRDAUS KHAN.

InÂ order to combat the low rate of internet penetration in Africa, the e-Granary Digital Library â€“ or â€œthe internet in a boxâ€ â€“ has been developed. e-GranaryÂ is an off-line information store that provides instant access to more than 32-million digital resources for people lacking adequate internet access. Through a process of copying web sites (with permission) and putting them on internal networks at partner institutions in developing countries, this digital library delivers instant access to a wide variety of educational resources including video, audio, books, journals, and websites. A single e-Granary, connected to a wired or wireless local area network (LAN), can serve thousands of patrons.

The e-Granary library has been installed in more than 1,000 schools, clinics, and universities in India, Bangladesh, Haiti, and Papua New Guinea, and ihas also been recently installed in Nigeria. LastÂ week, Al Jazeera documented the experience of some scholars who have had access to the digital library.

AbuBakar Mohammed, a final-year law student at Ahmadu Bello University told Al Jazeera, â€œIt gives me up-to-date information unlike the normal library, where textbooks sometimes are outdated.â€ He added that: â€œIt gives me an opportunity to access libraries not only in Nigeria but libraries outside.â€

The e-Granary Library, has already benefited millions, just like AbuBakar, and could largely benefit Â South Africans too.

A recent report showed that when it comes to fixed broadband penetration, South Africa ranks 111th worldwide, with 2.2 out of every 100 people enjoying fixed broadband subscriptions â€“ well below the global average of 9.1.

The e-Granary project could provide a stop gap, as it would provide access to an array of knowledge to millions of scholars and students around the country. The only trouble for South African learners would be accessing electronic devices â€“ and a stable electricity supply â€“ but that’sÂ a whole other issue.