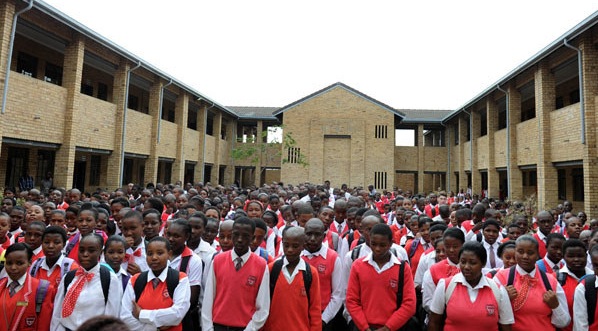 â€œNot with a bang but a whimperâ€, ends TS Eliot’s poem â€˜The Hollow Menâ€™, one of the examinable texts for the matric class of 2014. Will the reaction to the release of the matric results end the same way?

According to SABC education specialist Faith Daniels, a drop in the matric pass rate is expected, as is a high failure rate in subjects including maths, economics, physical sciences and the languages.

“The class of 2013… were the best performers in democratic South Africa, so it was always going to be difficult to surpass that,” said Daniels.

The class of 2014 was the first matric class to be taught under the Curriculum Assessment Policy Statements (CAPS), so a straight comparison with the previous yearâ€™s results would not be entirely fair.

â€œWe need to interrogate the quality of the passes. we really need to go subject by subject and see where the problem areas were and how we can improve on that because for all intents and purposes it is a new exam,â€ she said.

Daniels said that although there were isolated incidences, like the Kuruman protests over road maintenance that resulted in hundreds of matrics missing out on teaching time, there were no huge problems for the education department this year.

The fundamental issue, Daniels said, were instances of group copying which could have dented the credibility of the exam.