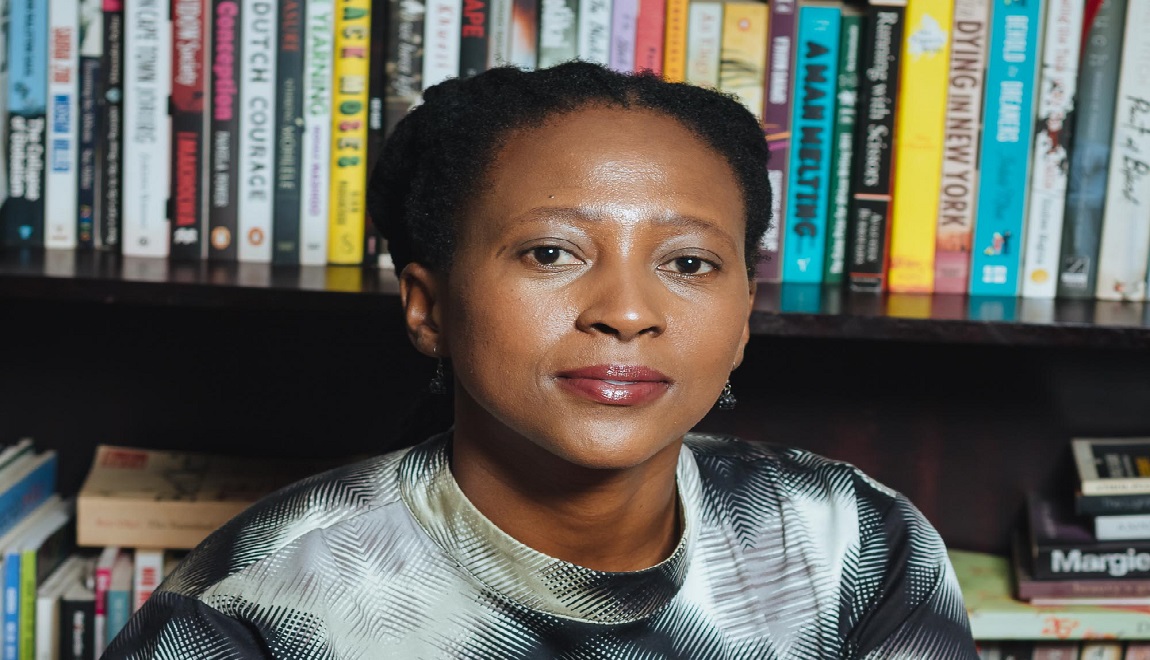 A funeral is an important symbolic ritual. It brings together friends and family in a celebration of life, a grief of loss and an expression of beliefs, thoughts and feelings about losing a loved one. Nozizwe Cynthia Jele’s latest book The Ones With Purpose comes together around the ceremony of a funeral.

Jele introduces readers to the Mabuza family from the fictional township of New Hope. The story is told through the eyes of Anele whose sister Fikile was ravaged by cancer. Fikile’s death is one of many blows that have hit the Mabuzas who have been through their fair share of struggle.

The book switches from present day, as the family prepares for the funeral, to various moments in the past as the Mabuza children grow into adults. We are told snippets of the family’s past and their experiences of death, adultery, teen pregnancy, alcoholism, and neglect.

The Ones tackles terminal illness and the strain that this puts on loved ones of all ages. “With The Ones, I’ve realised that I’m experiencing certain things that come with age,” Jele said in a Facebook live interview with The Daily Vox in June. “Death becomes very much part of us growing up, we’re dealing also with diseases. I’ve also noticed that people in my age group, we are getting sick and it’s not just headaches and flus and fevers, but it’s actually quite serious conditions. I don’t know what’s causing it, I don’t know if it’s our lifestyle contributing to us getting sick,” she said.

Nozizwe Cynthia Jele On Her New Book: Death Becomes A Part Of Growing Up

Anele is faced with the burden of putting the shattered pieces of her family together while still dealing with her own grief. The story of The Ones is very much centred around a family. Jele really wanted to capture the relationship we had with our family. “As much as it has all those heavy themes: death and cancer and identity and alcoholism, at the centre of it is a family that needs to pull together and get through the challenge that they are experiencing at this particular point in time,” she said.

The book also explores the way black women must be caretakers of their families and fight through systemic burdens of poverty and sickness. This is besides the abuse, adultery, lying and abandonment that men put them through. The men in the book are continuously disappointing, leaving the women the task of holding families and themselves together.

“I just think women are strong, women are warriors, and there aren’t enough women voices. If I can be that and bring women up in my stories, then that’s what I will do. It doesn’t mean that I will never write from a male point of view or have men that are carrying the story but at the moment for me, the lead is in bringing up the women’s voices,” Jele added.

With a funeral comes an unwitting opening of a chamber of secrets. There is much to uncover about each of the characters who have each dealt with their fair share of struggles and triumphs. The book presents to us families – and people – in all their fallible glory: from recovering alcoholic mothers, dodgy uncles, deadbeat dads, adulterous teachers and gossiping aunties. Perhaps what stands out the most in this book is the theme of forgiveness – and even hope. The book acknowledges that as people we are infinitely flawed and constantly making mistakes but that’s okay. Jele touches on acceptance and forgiveness. What’s important is to forgive. Not only the ones around us but also ourselves too.

The Ones is Jele’s latest novel. Her first novel Happiness is a Four-Letter Word won numerous awards. The book was also adapted for film.Some of the awards it won includes the 2011 Commonwealth Writers’ Prize in the Best First Book category for the Africa region and the 2011 M-Net Literary Award in the Film category.