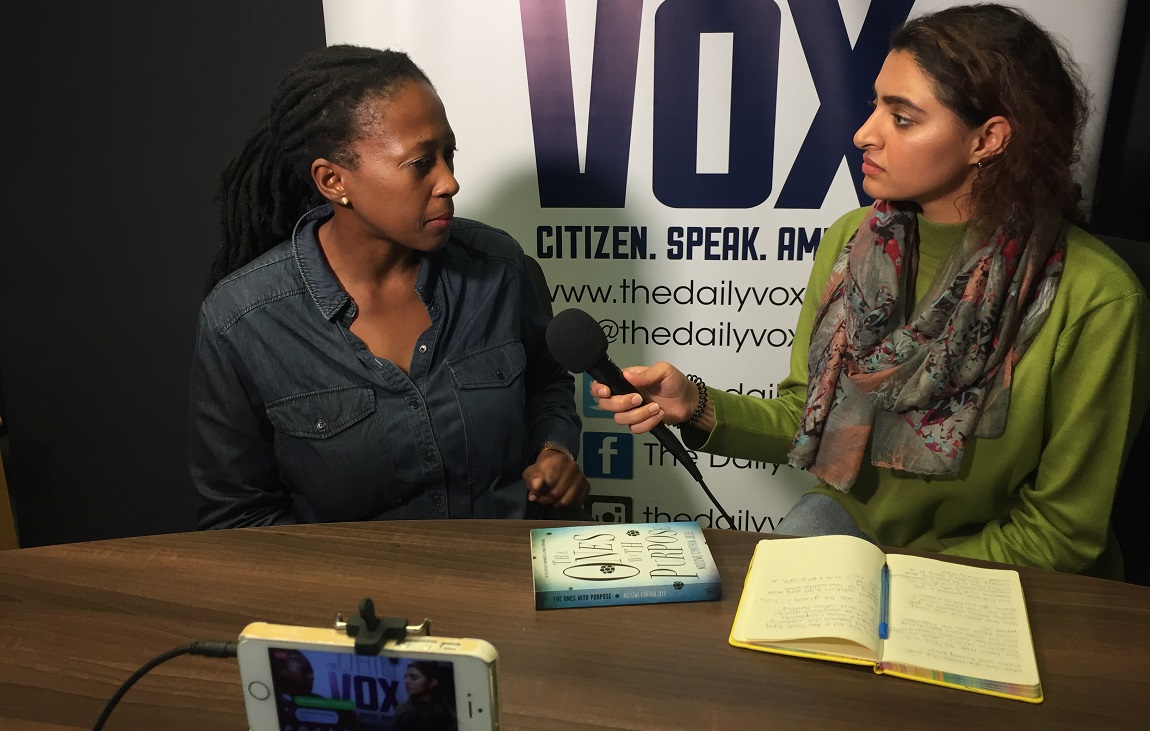 “The writing happened much later in life but the reading has always been part of who I am,” South African writer Nozizwe Cynthia Jele said in an interview with The Daily Vox.Â

“When I got older, from the books that I was reading, which were talking to my experiences at the time, I just felt like maybe let me try writing. I initially wrote a short story that was published by a college university that I was attending at the time. For me that was it.”

Jele has been writing ever since and just recently released her second book The Ones With Purpose. Her debut novel, Happiness is a Four-Letter Word, released in 2010, won many awards including the 2011 Commonwealth Writers’ Prize in the Best First Book category in the Africa region. It was also adapted for film and released in South African theatres in February 2016.

Nozizwe Cynthia Jele On Her New Book: Death Becomes A Part Of Growing Up

A supporter of various initiatives to promote reading amongst young people, Jele spoke to The Daily Vox about why she thinks we have such a weak reading culture in South Africa.

“It is so sad and I actually can’t get my head around it. We discussed this with other writers. I fail to understand how a grade four can can read but not comprehend what they are reading,” she said.

Jele is referring to the 2016 Progress in International Reading Literacy study which tested reading comprehension of schoolchildren in their fourth year of school. South Africa ranked last out of 50 countries. According to the study, 78% of South African pupils at grade four level could not read for meaning.

“Although we grew up in difficult circumstances, we were fortunate to have been reading at school. Also, at home there books, newspapers, and magazines. I don’t know whether now young kids have so much to keep busy with that books are not at the top of their priority lists. I don’t know how the curriculum is structured. I don’t know how much emphasis is placed on reading and writing,” she said.

When Jele was at school she recalls whole periods dedicated to reading and writing. “There was a lot of emphasis on the language and the grammar and the structure whether it was in an African language or English. There was an emphasis on getting the foundation right. A part of me thinks maybe that was lost in the curriculum but also there is just so much that the book is contending with,” she said.

“Our role as writers, the publishers, the booksellers is to maybe find new ways of cultivating the culture of reading,” Jele said.

One of the ways, she said, is to go with the latest technology. One of the organisations Jele works with does just that – the FunDza Literacy Trust, a South African non-profit dedicated to improving literacy among teenagers and young adults.

Maybe reading for young people and children does not come in a book format, she added.

Jele also said cultivating a reading culture starts with the adults in a family. She spoke of her experiences with her nieces and nephews.

“There’s also a thing with getting the parents and grown ups in the family to be seen reading. That message filters down. Children mimic what they see. If I’m a reader so everyone who visits me eventually picks up a book when they visit me. There comes a time when we’re all reading. I know that I’ve done my job when I go to visit their homes and they’ve got books that they’ve picked out without me being there,” she said.