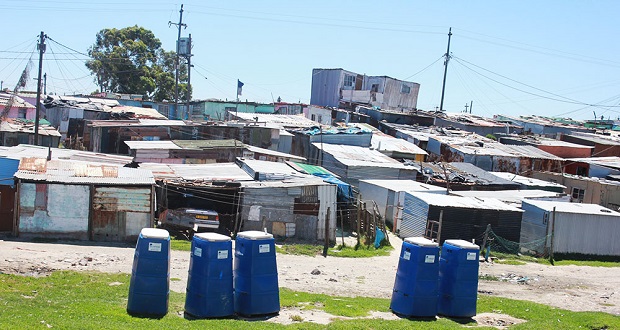 The partner of murdered LGBTQ activist Noluvo Swelindawo says that she fears for her life.

The body of 22-year-old Swelindawo was found near the N2 highway in Driftsands, a community near Khayelitsha, on Sunday. Swelindawo, who was a well-known lesbian activist in her community, was shot dead after being abducted on Friday in what is believed to be a hate crime.

Swelindawoâ€™s partner, Nqabisa Mkatali, told IOLÂ that she believes those who killed Swelindawo will come for her next. Mkatali was in the house when Swelindawo was abducted by a group of men on 2 December.Â She said that, after the murder of her partner, Mkatali’s cousin was held at gunpoint by someone demanding to know where she was.

Sharon Cox, Health and Support Service Manager at the LGBTQ rights organisation Triangle Project, told The Daily Vox that they have offered counselling and support to Mkatali.

â€œShe [Mkatali] is out of the area because she does fear. The role that the organisation plays is the provision of support to survivors, to the family, to friends of these kind of crimes. We have reached out to her and offered her support. It is for her to want that support. The important thing for us is that she knows it is available to her,â€ said Cox.

Attacks on queer bodies are, sadly, very common according to Cox. She said that a transgender woman had also been raped earlier this week in Cape Town.

â€œThe fact that at least two of these attacks have happened in the 16 Days of Activism cements our views that: what is the 16 days of activism really?â€

To think #NoluvoSwelindawo was murdered during the 16 days of activism movement (which is a sham btw). Like the irony of it all.

Cox said that Swelindawo was targeted because she was open about her sexual orientation, but this does not give someone the right to take away her life.

â€œThere needs to be a clear message to society that any and all crime perpetrated against women in particular – lesbians are women too – that is targeted against people because of who they are is just not acceptable,â€ she said.

Just because someone’s sexuality differs from yours it doesn’t give you the right to dehumanize them. Stop it! RIP #NoluvoSwelindawo

â€œWe believe that up to 11 people were involved in this, only he has been arrested. We do believe he is the main perpetrator in this regard,â€ said Cox.

Mdani appeared in court on Wednesday for a bail application but the hearing did not proceed as his bail profile was not complete. He remains in police custody.

Mdani is being charged with housebreaking, kidnapping and murder. Cox said that The Triangle Project will join the state in the opposition of his bail and that they hope he will be charged with â€œthe maximum sentence that he can get.â€

His trial has been postponed to the 21st of December.