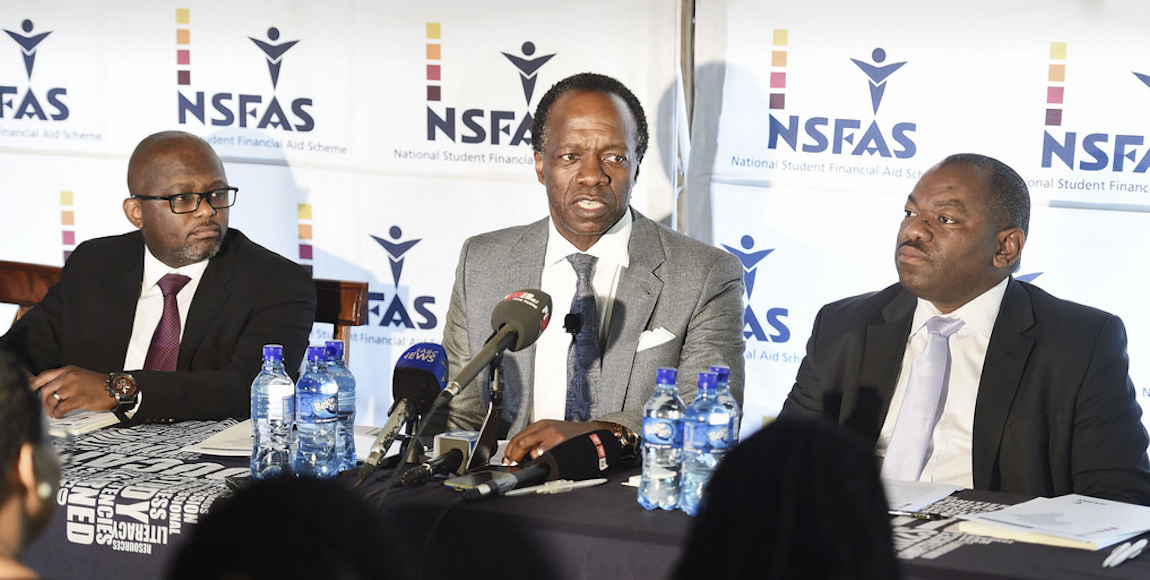 Delays regarding National Student Financial Aid Scheme (NSFAS) funding have left prospective university students in limbo, and some institutions in chaos. The knock-on effect of the slowed process is being felt as the first semester of university begins for 2017.

As of 8 February, 175, 348 students have received confirmation of financial aid from NSFAS to further their studies at any of the 26 public universities. Just under 10,000 applications were rejected for not meeting the NSFAS financial eligibility criteria.

While the total number of applicants for NSFAS funding is thus far unconfirmed, last year NSFAS supported 480, 000 economically disadvantaged students to access universities and TVET colleges. We know NSFAS has received over 380, 000 applications for 2017, but this was before it reopened applications in January, so the number is likely far greater now.

If last year’s numbers (and NSFASâ€™s increased funding for 2017) are anything to go by, this means there are still thousands of students who have not received confirmation of whether they will be funded by NSFAS or not.

NSFAS students across the country are unable to register or get accommodation because funds unpaid. At UP many can’t access campus for class

Professor David Hornsby, assistant dean of Humanities for Teaching and Learning at the University of Witwatersrand, told The Daily Vox that NSFAS delays have placed students in a compromised position, which has resulted in uproar at many universities.

â€œWe see across the system, particularly at institutions that have a high number of NSFAS students, a great deal of uncertainty emerging. At Walter Sisulu University, for example, the protests are directly related to the fact that NSFAS is not processing students’ applications fast enough,â€ he said.

Adding to studentsâ€™ distress are further issues regarding registration fees and housing.

While some institutions have waived registration fees as an act of good faith that the fees will be paid when NSFAS funding comes through, this is not the case at many institutions, such as Tshwane University of Technology.

Students awaiting NSFAS funding, who are unable to afford registration fees, cannot secure their spots at their institutions. This is despite the fact that NSFAS has paid R1.3 billion to 26 public universities to settle registration fees for students from disadvantaged backgrounds.

As is the case at the University of Pretoria, many students have been left without housing until NSFAS completes its processing.

PLEASE RETWEET TILL NSFAS SEES THIS
These are students from the University of Pretoria who were kicked out of res waiting for an NSFAS sms pic.twitter.com/43GMgD45OI