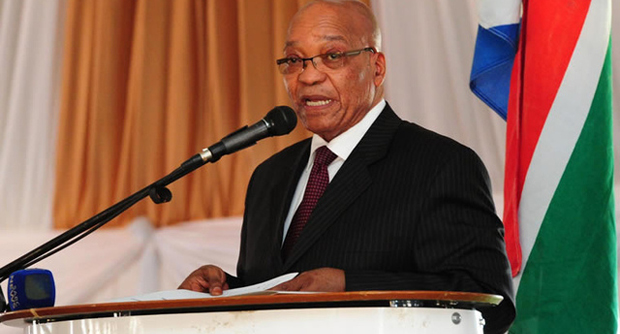 We were as surprised as everyone else when we discovered thatÂ President Jacob Zuma is one of the worldâ€™s most well-paid presidents. According to CNN Money,Â ZumaÂ is the fourth-highest presidential earner.

HeÂ receives a R2.75-million annual salary. His paycheck surpasses those of many world leaders from countries with bigger economies than South Africa and puts him just behindÂ Canadaâ€™s Stephen Harper and Germanyâ€™s Angela Merkel.Â US president Barack Obama leads the pack with a salary of $400,000 (almost R5-million at the current exchange rate).

South Africaâ€™s Gross Domestic Product (GDP) is ranked 38th in the world, at an estimated at $350 million, according to The World Bank,. It straggles behind all the Brics nations yet Zuma is the best paid of all the Brics leaders. China has the second largest GDP in the world, and yet its leader Xi Jinping only takes home a salary of $22 000 – about R264 000, less than a tenth of what Zuma earns.

Paul Hoffman, the director of the Institute for Accountability in Southern Africa, told The Daily NewsÂ that the question was whether Zuma could match his high salary with his job performance. â€œFor South Africaâ€™s president to be among the worldâ€™s highest earners in the face of the countryâ€™s socioeconomic problems and so many people living in poverty is inappropriate,â€ Hoffman said.

Do you think theÂ president is paid too much? Let us know your thoughts via comment or email.