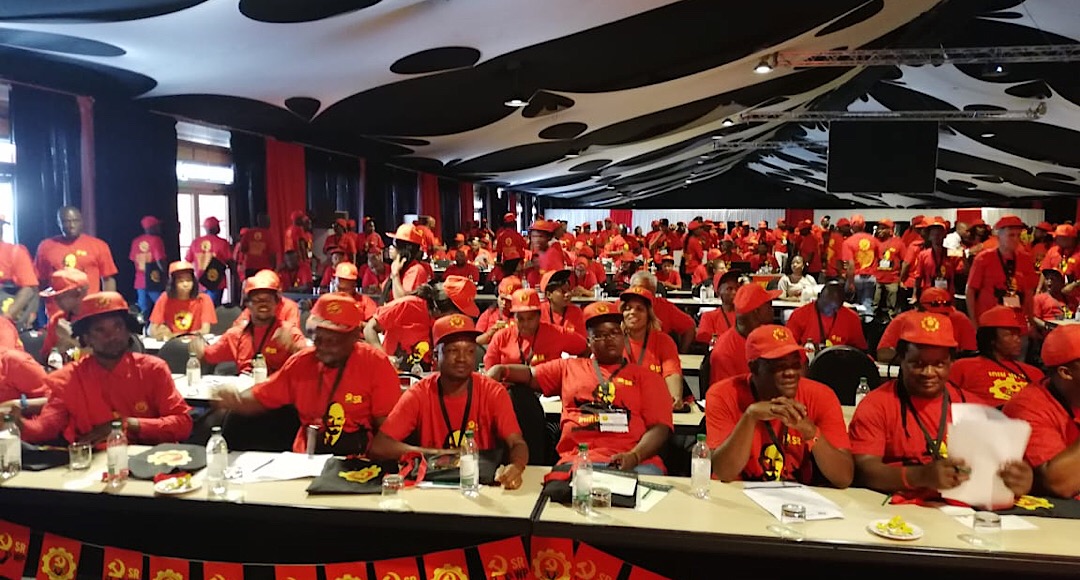 The party of the people has arrived or so say the Socialist Revolutionary Workers Party (SRWP). The political arm of the National Union of Metalworkers of South Africa (Numsa) launched in 2018. They are ready to contest the 2019 National Elections. The Daily Vox team spoke to the party’s acting spokesperson Phakamile Hlubi-Majola.

A 2013 special congress showed the union that they had no place within the tripartite alliance says Hlubi-Majola. The alliance, which consists of the African National Congress (ANC), Congress of Trade Unions South Africa (COSATU), and the South Africa Communist Party (SACP). During the congress, the union said the ruling ANC was a ‘political vacuum.’ In 2014 Cosatu expelled Numsa.

“We have ceded and given up our power to the governing party – the ANC and the elites – and they are driving agendas which are not in our interest. It’s very tragic that the ANC has diverted from what the majority wanted to [start] pursuing an agenda in the interest of capital and white monopoly capital,” she says.

Hlubi-Majola says a change in the ideology of the government would lead to a rapid solution to the land question. “With the land question debate if this was a government formed in the interest of the working class we wouldn’t have to have a debate about the land,” she says. The SWRP’s land policy is that all people especially the working class must own the land. “But because this is not a government that is operating in the interests of the majority everything including the constitution and judicial system has been created for the benefit of the wealthy,” she says.

SRWP are still in the early days of political party formation but they are trying to get more youth participation during their meetings and engagements. This is because the party believes young people must be the ones to drive the agenda of the party.

The party’s socialist ideologically is inspired by the Cuban model.

“Capitalism is a failure. We would be pushing for a society where education is free from birth until you decide you [want to finish]. If we abolish private healthcare and private education suddenly the quality will become a priority and you will see things get improved when such a situation exists,” she says.

The party’s policy conference will be happening in March. The final policies decided there will be reflective of socialist values. Hlubi-Majola says many big companies still do not pay women of colour, and African women equally compared to men. She says this shows that the capitalist system is racist especially in its treatment of black women. By getting rid of the capitalist system, the party believes things will improve.

The party’s conference will happen in March. The working class members of the party will elect the party’s leadership. They will also discuss concrete policies and possible coalition partners. Hlubi-Majola says: “We are very clear that we are a socialist organisation and we are not willing to compromise with organisations that promote capitalist ideology. If you work with us it is because you share the belief that the working class must own the means of production and should seize power.”

Get To Know Your Ballot Sheet:
The Dagga Party: How Cannabis Can Unlock The Economy To The People
The Green Party: Third Time Lucky?
The Land Party: A People’s Dictatorship For South Africa
Al Jama-Ah Party: We’ll Tackle Inequality With Islam And Ubuntu