Home As Told to NWU-Pukke: “Pukke is the only Afrikaans campus left, where must we go?”
WhatsApp
Facebook
Twitter
Email
Print 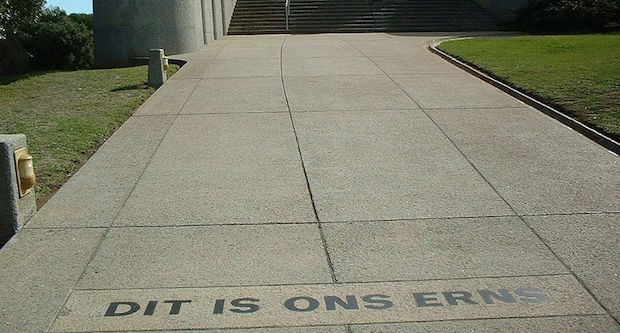 There’s been mixed reaction to the article about a black student’s experiences at the North West University Potchefstroom campus with some former and current students echoing her sentiments and others disagreeing. Marie Venter*, a fourth year student at the campus approached The Daily Vox to tell the “positive side” of Pukke. She spoke to Pontsho Pilane.

There has been a lot of negative press about the Pukke campus when it comes to issues of transformation. I have chosen to speak out, as a white Afrikaner student, to share my side of the story.

When I first read the article, I was disappointed and hurt by the fact that Masego feels unsafe at the university. I am ashamed that she has been treated that way, but I don’t believe that it was a racist incident. Some people are just rude even us white girls at the university get called names by white guys. I am not saying that she doesn’t have the right to be scared and angry, but we all face such incidences.

It’s important that we realise that the Pukke is a campus of NWU and not an independent university. The other two campuses, Mahikeng and Vaal, are mostly, if not entirely, English and they also offer some courses in Setswana. Pukke is the only remaining Afrikaans campus in the country and if it also becomes fully English – where should Afrikaans students go to study?

Last week, the ANC Youth League was protesting on campus, calling for transformation. They were singing songs like “Kill the white people”, this is what scares me about the way people are addressing this transformation thing. Why can’t they find better ways to address the issue? Protesting and rioting disturbs our classes and creates disunity among the students. It is not good to protest like this, students must promote unity.

The black students that complain about feeling excluded are not trying to fit in, they exclude themselves. If there is an empty seat next to me, a black student would rather sit at the back than next to me, what does that say?

To say the campus is racist is too much, there has been transformation. In my first year we had five maths lectures a week and two of those lectures were in English. For transformation to happen, we must all compromise both the black and white students. Last year, many of our beautiful and loved res traditions were scrapped we were devastated but we understood that that is the compromise we need to make in order for unity to happen.

The black students must realise that there are two other campuses they can go to and many universities that also teach in English. Is it so bad that we want to learn in Afrikaans?