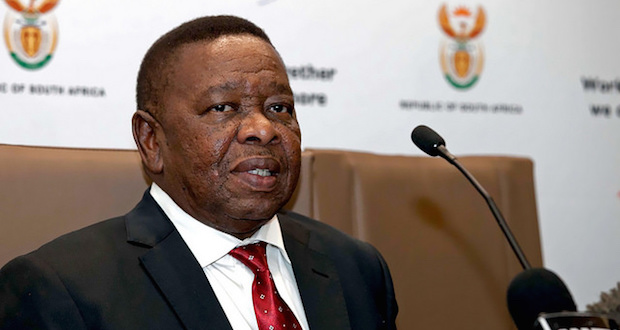 There was a diplomatic kerfuffle when higher education minister Blade Nzimande was denied a visa by the Israeli government on Thursday. But given Nzimandeâ€™s vocal criticism of the state of Israel this comes as no surprise. MUHAMMED ISMAIL BULBULIA looks at other instances where Israel has denied entry to its South African critics.

1. Blade Nzimande
Higher education minister Blade Nzimande has been denied a visa to travel to Palestine by the Israeli government. The purpose of the ministerâ€™s visit was to promote research collaboration between the University of Johannesburg and institutions in Palestine. Nzimande, who is an outspoken critic of Israel and a staunch pro-Palestinian supporter, has called on all higher-education institutions to cut ties with their counterparts in Israel. Israel refused the visa on the grounds of Nzimande being â€œone of the most vocal anti-Israeli government ministersâ€. His spokesperson, Khaye Nkwanyana, told News24 that the situation had created a â€œserious diplomatic problemâ€ and that â€œthis is not only an act against him, but also an act against him as a member of Cabinet, so by extension itâ€™s an anti-government protest by Israel.â€

2. Thulas Nxesi
Minister of public works Thulas Nxesi, then part of the 13 member Non-Aligned Movement Committee on Palestine, was prevented from entering Palestine in 2012. The committee was scheduled to meet in Ramallah inÂ August 2012, but was blocked by Israel from entering Palestine, allegedly because four member nations did not having diplomatic relations with Israel. Minister Nxesi is a vocal pro-Palestinian supporter and has endorsed Israeli Apartheid Week over the years, saying,Â â€œIf we keep quiet, it would mean we support what these killers are doing.â€

3. Desmond Tutu
Archbishop emeritus Desmond Tutu was denied access to Gaza in 2006 when he led a UN Human Rights Council delegation to investigate the killing Â of 19 members of a Palestinian family in Beit Hanoun. The Israeli government said that it had not formally denied visas to the UN team, but it delayed travel clearance for Tutu and his team to the point that he had to postpone the trip. Tutu finally entered Gaza via Egypt 18 months later in May 2008. Tutu has been outspoken in his condemnation of the attacks on Gaza and situation of the Palestinian people, calling it â€œabominableâ€ and having said that â€œthis is not something you want to wish on your worst enemyâ€.

Other prominent South Africans that have been denied access into Palestine include educationist Salim Vally, academic Naeem Jeenah and boycott activist Marthie Momberg.

But not everyone has a problem getting into Israel. If, like DA MP Yusuf Cassim, youâ€™ve been invited by the SA-Israel Forum and have a letter from the Israeli deputy ambassador to SA, asking for â€œgenerosity and respectâ€ along the way, your trip to the promised land might go off without a hitch.