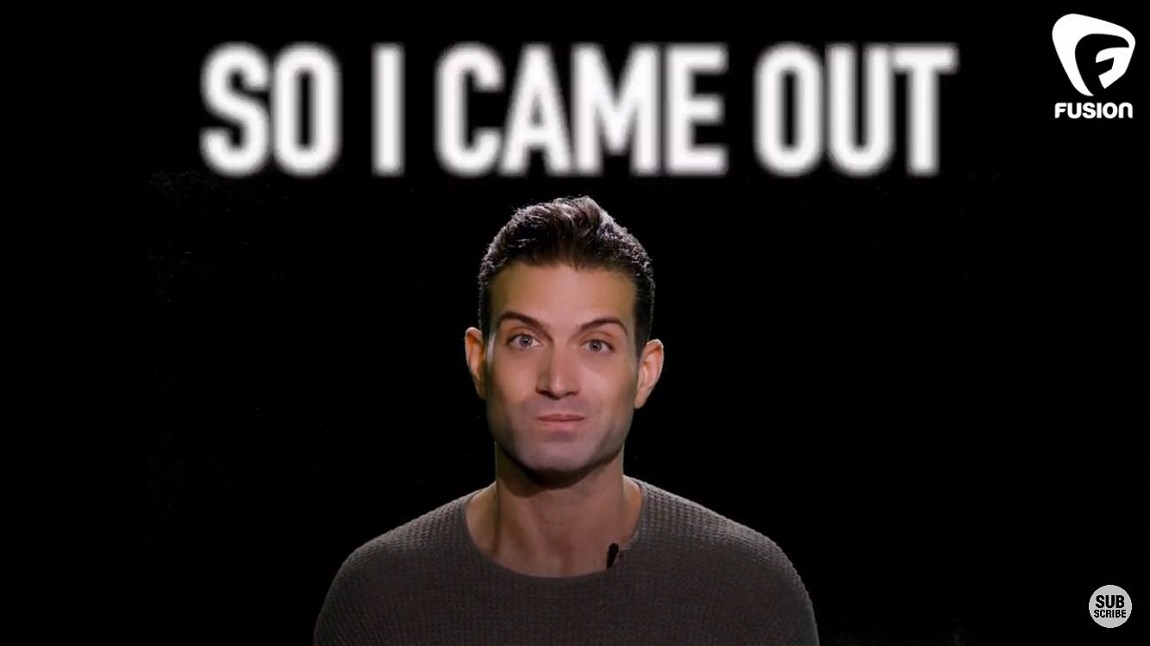 Omar Sharif Jr. gives face and voice to the queer population in Egypt who face clampdown at the hands of the authorities. Close to 100 people across Egypt were arrested last year based on their perceived sexual orientation after the display of a rainbow flag in a Mashrou’ Laila concert in Cairo on 22 September. The Egyptian actor, model, and queer rights activist publicly revealed he was gay and also half-Jewish in 2012. The reaction to his identity led to his decision to leave Egypt for the United States (US). Sharif works with GLAAD (the Gay & Lesbian Alliance Against Defamation) and a number of other organisations, speaking out for those who are silenced in Egypt and elsewhere. His activism is also the use of culture and media to develop free and open societies in the Middle East. The Daily Vox spoke to Sharif about his activism and what’s happening in Egypt.

I came out in 2012 at a particularly tumultuous time in Egypt, the Arab Spring was in 2011. It was a year into the Arab Spring and the Muslim Brotherhood and other Islamist parties won 70% of the parliamentary seats. They said they weren’t going to but they ended up running a presidential candidate in the election, and just before the election I really saw both sides: both the army and the religious parties using human rights as a wedge issue. Being from a public family, and a public face, I used my limited platform to call for equal rights to be extended to all citizens, that it shouldn’t be a wedge issue it should be a universal truth. I became the first public figure to come out in Egypt and across the Arab Muslim world at the time. The reaction to my coming out was severely negative.

Currently there’s a real crackdown on the queer community in Egypt. The biggest challenge facing the queer community in Egypt is visibility. One of the ways that it’s manifesting itself is in a new way is that the government has censored all reporting and portrayals of the community. It’s always been difficult to be queer in Egypt. There’s always been risks associated with this. But the problem with this new crackdown and this new manifestation of it is that visibility is the best, the easiest, and most effective and sustainable way to grow acceptance; when people actually meet queer people and get to realise that we’re not these demons that the government and some journalists and talking heads present to the people. We’re real people. We’re people’s brothers, sisters, sons, daughters, neighbours, and co-workers. By blocking these honest and positive portrayals in the media, we’re stifling acceptance.

Homosexuality has existed in Egypt for centuries. You can just look back to the Mamluk Empire where most of the warrior class is believed to have practised homosexuality – whether or not they considered it an identity is another question. Generally what you find in societies with a slow rate of progress, queer people make the perfect scapegoat. When we’re forced to live in the shadows we make the perfect faceless villains.

I haven’t heard from the new Sisi government at all. You see the actions and the arrests in the press. Whether you’re oppressing people or forcing them to be repressed that’s still a tangible thing that you’re doing to people. I wasn’t able to return to Egypt for my grandparents’ funerals when they passed away two years ago because I wasn’t guaranteed assurances that I wouldn’t go to jail as soon as I landed for what they call inciting debauchery and being so visible and promoting an equal agenda in the country. It’s more the living in unknown – I wish I knew my standing.

At the end of the day, the crackdown on the queer community is a distraction. When the problems are too difficult to solve quickly, sometimes the best is a distraction mechanism. That plays out all over the world. Some societies are based off of a constitution which makes them take a legal framework to questions of equality and other ones are more reliant on traditions of morality instead of legality. With the latter, its much more difficult to grow rates of equality and acceptance. In Egypt, it’s more of a “moral” framework.

I see a two-pronged approach in my activism. One story can help grow rates of acceptance in a country because you’re putting face to what is usually a faceless population. What I try to do is mostly media advocacy work and training other activists to share their stories. The second way is by working with international organisations, multinational corporations, NGOs and governments, and speaking all over the world because they have the opportunity to influence change in Egypt.

Despite my advocacy in the United States for GLAAD and being the talking head in the media for marriage equality in the US and all over the world, our goals in Egypt are much more modest. Our goal is to live in the relative silence we were granted for generations prior free from the terror that the slightest gesture might betray us.

Omar Sharif Jr will speak at the Oslo Freedom Forum set to take place in Johannesburg on March 26.

This interview was edited for clarity and brevity.