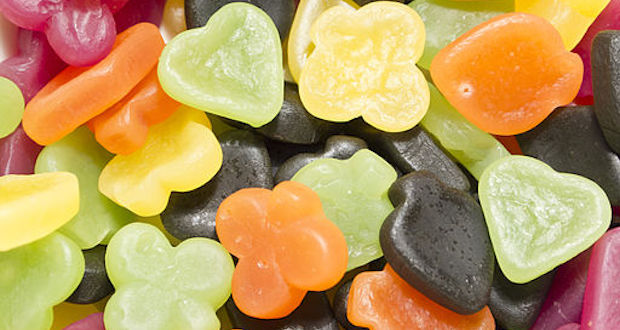 Mandela Day is all about the spirit of giving. But, as MBALI NJOMANE discovered for herself a couple of years ago, sometimesÂ our actions say more about our own concerns, rather being of any use to the people we think we are â€œhelpingâ€.Â

It was Nelson Mandela Day 2013. Like many South Africans, I woke up and pondered how I could remotely do any justice to the life and resolve of such a great man. How does one dance a day in Madiba’s shoes? I have no idea. We can only try.

As one does in the Madiba dance, I asked myself deep existential questions about his promise. For a mere 67 minutes of my ordinary civilian life, which ideal could I pursue with the fervour of a man who was prepared to die for what he believed?

I’m embarrassed to say that, like Marie Antoinette, I did an audit of society from the balcony of my Versailles compound (or in my case, my momâ€™s three-bedroom apartment in sunny Illovo). And yes, true to her reprehensible form, I too resolved to â€œlet them eat cakeâ€ (or candy in my case).

This is how I saw it.

My plight was the cynicism and distrust that had possessed upper-middle-class South Africans, slowly pecking away at the social fabric. The lady in the toiletry aisle at my local Woolworths the day before was the recent catalyst. She had sneered at me when I tried to pet her puppy and blockaded the shelf with the shower gel to spite me. If I were the hero of the tale, then she was my nemesis. She was one of many privileged South Africans who were chronically rude and suspicious. Where was the love and the camaraderie that had marked the birth of our Rainbow Nation? Where was the Madiba Spirit?

And so I set aside my indignation and tried to channel Madiba. I knew instinctively what he wouldâ€™ve have wanted me to do in that situation. Undoubtedly, he wouldâ€™ve wanted me to reach out to my fellow countryman â€“ and into my shopping basket to offer her my beloved Aero chocolate.

And then it hit me. All was revealed. That was the intervention. A random act of kindness. Granted, this was not an original concept but it is rare in our culture of endemic guilt and entitlement that anyone gives anything in the spirit of genuine affection.

This slight in aisle number five at Woolworths; this indictment of our people; this was the plight I would address in my 67 minutes. I reasoned that perhaps privileged South Africans were sullen because they were expected to do the giving and not the getting. Much like a sulky teenager whose parents constantly make them give up their stuff for their younger siblings (government being the proverbial parents and the poor being the younger siblings). Perhaps all they needed occasionally was to be on the receiving end of the giving mill; perhaps all they needed was an offering of guilt-free candy.

So I set off to Makro and bought the largest supply of sweets I could carry on my person, made a â€œFree Candyâ€ sign, put flowers in my hair and frolicked down 7th Avenue in Parkhurst with all the optimism of my six-year-old self.

It turns out there’s a reason why our six-year-old selves are not social interventionists. I went in feeling like a hero and came out feeling like a terrorist armed with a homemade candy bomb, threatening to obliterate every sweet tooth in my wake.

Nobody came within 500m of my heroic display, and those who did had come for blood. They didnâ€™t speak. Instead they expressed on their faces what seemed a curious mix of contempt, bewilderment, and concern. It was total onslaught. I could have even sworn I saw the lady from the aisle in Woolworths wearing the exact sneer she had on the day before. I was crushed. Thirty-five minutes in and my Madiba Magic had faded. I aborted the mission. I went back to my car, changed clothes, and emerged as one of the people.

Nobody seemed to mind me once Iâ€™d fallen in line. I got a table for one at a cafe, ordered a caramel latte (just to blend in), and pondered my failure. What on earth had made me dream that the good folk of Parkhurst needed my random act of kindness? Why did I think they were discontent with their cynicism when it was served with champagne and a silver spoon? They didnâ€™t need my sentiments, and they could certainly afford their own candy. Furthermore, what had made me think that a deep-rooted issue of widespread morale could be solved with a gummy bear?

In retrospect I had projected my own whimsical and idealistic ways onto a social issue I did not fully understand. So, was it my fault or theirs that my misplaced act of kindness had been met with confusion and distrust?

How often then, on an occasion like Mandela Day, do we tinker with sensitive and complex social issues without the necessary depth or continuity to tackle them thoroughly? How responsible is this in the bigger picture, and in what ways can it do more harm than good? Do people really need a marching band of 67-minute pseudo interventionists?

These are some of the many questions I’ve since asked myself. But what the hell do I know. Let them eat candy. Mbali Njomane is a Xhosa girl from the Eastern Cape, born and raised in Johannesburg. She dropped out of law school to become a social entrepreneur. Sheâ€™s still on her way, but has taken a detour to write â€“ mostly about the idiosyncrasies of human life. Mbali would like to build her office in a tree.