Home Fascination On The Symbolism Of Being The First Black SA Woman To Hold...
WhatsApp
Facebook
Twitter
Email
Print 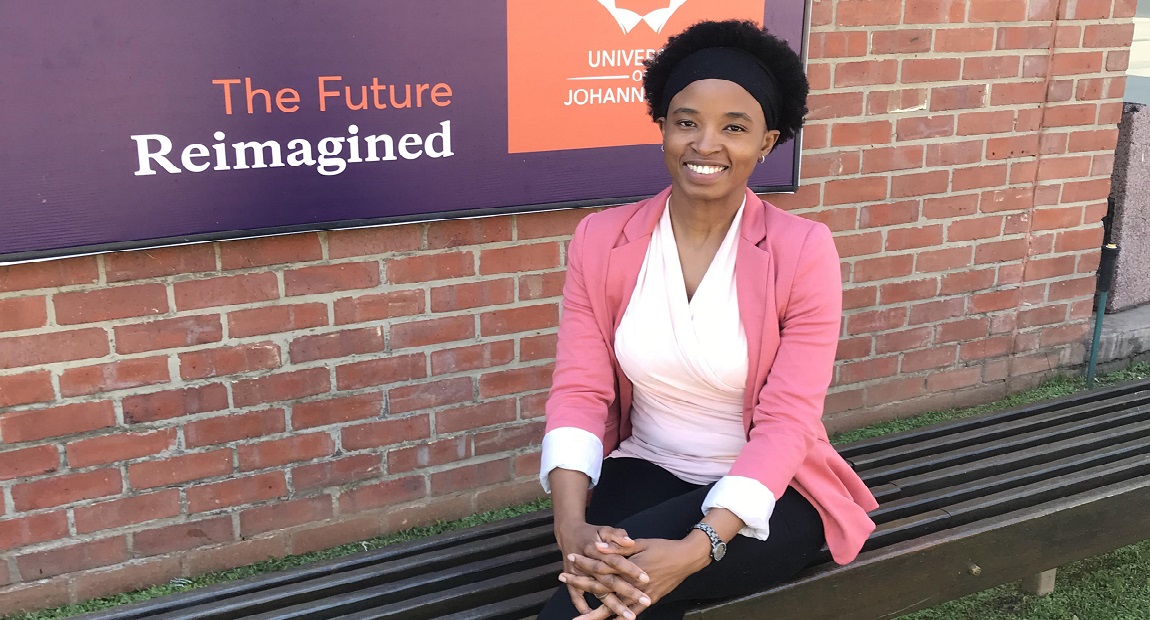 Meet Dr Mpho Tshivhase, the first black South African woman to be awarded a PhD in philosophy. As a young, black woman in a field that is generally dominated by white men, this is a feat to be celebrated. She graduated from the University of Johannesburg (UJ) on Thursday, 12 April. Her research focuses on advancing a theory of what it means for people to be unique. The Daily Vox chatted to Tshivhase about philosophy and breaking barriers.

How does it feel to hold the title of the first South African black woman to hold a PhD in philosophy?

It is such a honour to hold this title, especially because of the symbolic value it holds for our society. It makes my achievement a communal one that resonates with the hopes and dreams of many others in our country. It is also quite exciting. I mean, holding a PhD in itself is a great achievement. But holding one that symbolises that there is a movement in society that adds value to the visual representation of decolonising disciplines is truly special.

When did you first know you were interested in philosophy? What drew you to philosophy?

Philosophy was actually my second major. What made me fall in love with it was the room to question everything. Philosophy, generally understood as a discipline that encourages a critical quest for knowledge, afforded me the safe space to ask difficult questions that most of us generally take for granted or find offensive. I loved learning about the openness and tolerance to difference that the subject required. I could see my thinking processes developing in a way that allowed me to see the world differently every time. There is something about the realisation that one’s curiosity could open one up to a variety of epistemological systems that contributed to helping persons better understand themselves, others, and their societies at large.

What did your family say when you said you wanted to study philosophy? Were they supportive?

They didn’t understand what the subject was, they often confused it with psychology. Their main concern involved the career prospects in philosophy. By the time I registered for my Masters, they fostered respect for my choice and developed trust in my academic goals because they could see my undying passion for philosophy.

Tell us about your doctoral thesis.

My thesis is titled Towards a Normative Theory of Uniqueness of Persons. In it, I defended the view that there is something about persons that sets them apart from every other person – making them unique. I construct of uniqueness of persons, which fills a gap in the literature since most theories out there account for uniqueness between things of different natures, like cars and trees or persons and cats. I was interested in the uniqueness of things of the same nature, like persons.

What was the reception to your research?

It may still be too early to tell. While I was working on my doctoral research, I did not publish much on it. Instead I worked on African Philosophy and wrote a bit on Ubuntu. However, if the markers’ remarks are anything to go by, there is a need for this kind of research in many different fields. I have had invitations from psychologists, schools, and other sectors who have shown interest in my work.

What’s it like as a black woman in philosophy which is known to be dominated by white men? Did you experience any prejudice or discrimination at all?

My experience of prejudice is threefold: age, race, and gender. Most times people, especially at conferences, would not take me seriously. When I did say something profound, it was not judged on its merit, but on the fact that a young black female expressed it. I must admit that this is changing and there is a growing realisation for the need to decolonise the discipline.

What are your plans for the future? Will you go into academia?

I have my hands full at the moment, and so, I feel it best for me to focus on the ‘now’. I am currently teaching at undergraduate level and supervising at postgraduate level. I am also committed to contributing journal articles and book chapters. I am also working with four colleagues to launch a Society for Women in Philosophy – the SA chapter. This is an interdisciplinary society aimed as developing and supporting women in academia and those who are interested in academia in general. I am also the current president of the Philosophical Society of Southern Africa. I am also planning to get involved in teaching philosophy at primary and high schools.

What advice would you give young black South African women interested in academia and philosophy in particular?

Start gathering information about your desired academic path before you register for your course. Reach out and learn from those who have information about graduate courses at universities. Know yourself and do not let anything stand between you and your dream. Be resilient. Though academia is challenging, remember that you are not alone. In short: become an agent of your own learning – this is something I was taught by a Professor Lotter at UJ.