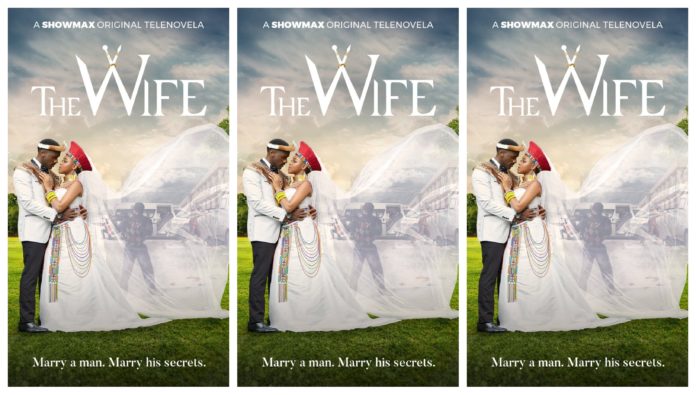 Showmax’s telenovela The Wife debuted on November 11 with three episodes. The series chronicles the lives of the crime family, the Zulu brothers. In the first episode we were introduced to journalist Hlomu. One of the brothers, Mqhele has fallen in love with her at first sight, setting up the romance arc for the show.

The first episode ended with Hlomu being caught at a crime scene. She had received a tip-off via text and rushed over before the police arrived. The criminals were revealed to be the Zulu brothers after fleeing the scene. We caught a glimpse of Sandile, Hlomu’s fiancee of seven years in the debut episode. In Otherwise Engaged, we are shown how distant he and Hlomu are. They have never consummated their relationship. The tension created by this is palpable. The distance between them worsens when Sandile forgets their anniversary. He agrees to a dinner later that day. Cue Mqhele waiting for her with his taxi as she leaves for work.

Mqhele’s pursuit is relentless yet romantic. He has an ice-cream waiting for her. We get another glimpse of Mqhele’s duality. He is soft and clear about how he feels about Hlomu. Then the switch happens as he fights with Qhawe about Hlomu at the taxi rank later. Sandile is hours late for the anniversary dinner and walks in just as Mqhele calls Hlomu.

The brothers have a dirty cop who squashes evidence of their crimes. Hlomu also happens to be investigating the very robbery the brothers were responsible for. She is also warned to back off . The brothers meet up with the Majolas, who run the taxi rank. There is a clear display of power here as Bab’Majola puts the brothers in their place. Neither said it but they are itching to hash it out. Nkosana kept his brothers in check from offending the Majolas.The younger Zulu brothers defy Nkosana and end up in a gunfight with the Majola brothers at the rank.

The episode continues with the Majola/Zulu gunfight; a Majola brother is killed. We cut straight to Sandile and Hlomu getting ready for work. They often seem to only have a few moments each morning together. He counters Hlomu’s questions about setting a wedding date quickly and rushes off.We can’t figure out if he is working really hard or otherwise “romantically” preoccupied. This nonchalance could be the reason why Hlomu doesn’t openly reject Mqhele’s advances. Nkosana,Qhawe and Mqhele confront Nqoba about his recklessness with the Majolas. This scene is pivotal in proving blood is more watery when it comes to business. He is reprimanded and belittled in front of his girlfriend. The brothers straddle the lines between loyalty, family and money constantly.

Nkosana remains resolute as he cools down his trigger-happy siblings. He resolves to beg Bab’Majola for forgiveness.The Majolas are also eerily planning an attack. The scene was brief but a testament to the impeccable cinematography in The Wife.

Once again Mqhele shows up to meet Hlomu at her work place; the fictional Joburg Informer newspaper. We get to see the soft and romantic Mqhele again. He regales her with cheesy pick-up lines. They end up going on an impromptu dinner date. Hlomu is visibly impressed. We also catch a glimpse of Mqhele’s vulnerability as he speaks about his late parents. He is everything Sandile is not at the moment, or always been. Nkosana contemplates his potential death at the hands of the Majolas. He is given an impossible choice by Bab’Majola and reacts violently. The episode ends with Hlomu and Mqhele kissing passionately.

We can’t wait for next week!