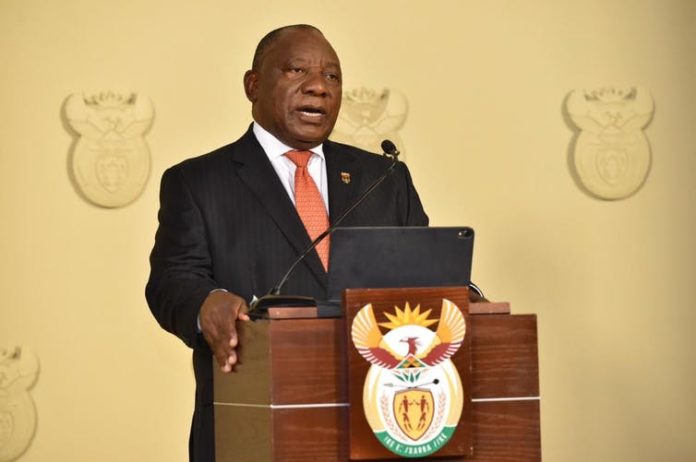 The recent revelations about the current and sitting President, Cyril Ramaphosa illustrate that the is no good or bad African National Congress (ANC), the party is rotten to the core. Therefore, South Africans get rid of the ANC to save the country. By Dr. Seshupo Mosala

In an attempt to explain what awaits South Africans if the ANC is not removed from power, Prince Mashile and Mzukisi Qobo, in The Fall of the ANC (2014) provided two scenarios, the ‘God help us’ scenario and Towards the ideal scenario. In the first scenario, if the ANC remains in power, inequality would worsen, corruption is further entrenched and crime became the order of the day. In the second scenario, the Democratic Alliance (DA) takes power from the ANC, benefiting from the self-inflicted death of the ANC. However, this scenario is unlikely given the mistreatment of black leadership within the DA which has led to a mass exodus and the resurgent of regressive politics within the organisation.

Government Must Force Universities To Transform

Consequently, the first scenario is more likely and it is evident with the current unemployment and poverty rates. This then warrants mass mobilisation to change the status quo. However, this is inconceivable since many South Africans have outsourced their political responsibility.

South Africans continuously look towards a messiah to solve their problems. This is why there are so many charlatans out there who claim to speak on behalf of South Africans. The pseudo revolutionaries have imposed their will on the people.

In 2007, many within the left believed that Zuma was an answer to their prayers. However, we all know how that turned out. After him, Ramaphosa was described as an alternative to Zuma, a champion against corruption, and will lead South Africa out of the current crisis. However, the current situation says otherwise. Despite all these, some still look within the ANC for solutions, hence, the excitement over Lindiwe Sisulu and Ace Magashule for those that believe in Radical Economic Transformation (RET).

Others are looking elsewhere for solutions. From Mngxitama, Malema, and Maimane to Nhlanhla Lux, Gayton, and Mashaba, all these people claim to know what is best for South Africans. They impose their will on the people. We have seen how these leaders vacillate between issues. For instance, Maimane’s stance on immigration changed when he left the DA, and the EFF’s stance on this issue changed constantly. As per Freire, “leaders who do not act dialogically but insist on imposing their decisions, do not organize the people – they manipulate them. They do not liberate, nor are they liberated: they oppress”.

Therefore, only mass mobilisation and mass participation will lead to the status quo changing. Moreover, this is the only way to hold the politicians accountable. This will have to start at the Ward level at the municipalities. We need active citizenship in the local sphere to deal not only with unresponsive public officials but to deal with local issues such as illegal dumping and vandalism of public infrastructure among other things.

We need to learn from countries such as Sudan. The Sudanese people took to the streets to demand the removal of Omar Al Bashir in 2018 and the democratisation of the state. Even after the 2019 coup against Bashir that was meant to preserve the status quo, the people continued with the protests until a Sovereign Council was formed together with civilian organizations.

Denigrate The EFF At Your Own Peril: A Response To Prince Mashele

The recent 2021 coup, has seen the Sudanese people taking to the streets again to preserve the democratic gains which have led the current junta leaders to give in to their demands and are at last forming another Sovereign Council that would lead the country to free and fair elections.

We can learn a thing or two from the Sudanese people. We ought to hold corrupt leaders accountable, even if means taking to the streets to demand their resignation.

As per Mashile and Qobo, it is ordinary citizens who can bring about the change we desire, and the messianic hope of some kind of savior somewhere out there may give us opiate feelings now, but it will take us nowhere.