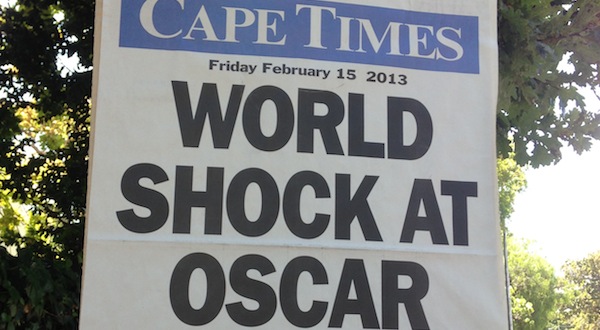 It has taken one year and seven months for the verdict to be delivered, Judge Thokozile Masipa has announced her ruling – Oscar Pistorius has been found not guilty ofÂ murder. While we wait for Masipaâ€™s ruling on the charge of culpable homicide, these are some of the things we wonâ€™t miss about the Oscar Pistorius trial: 1. Oscar Extra
The media spotlight on the Pistorius trial has bordered on obsession. With a 24-hour channel dedicated to the trial, Pistorious seemed to be the sole focus of the media. And there was no escaping the trial mania. Social media feeds were generously peppered with news and commentary from the trial. Â And thatâ€™s not counting the Oscar acolytes in defence mode. We were being spammed. But thankfully, normal programming can now resume.

2. Pop-up legal experts
All of a sudden everyone became a legal expert. Terms like culpable homicide, premeditated murder, and dolus eventualis were thrown around as if everyone had a degree in law. But even the real legal experts were scratching their heads trying to figure it all out.

Even the lawyers we’ve been speaking to seem to say they don’t quite understand the application of dolus eventualis by the judge. 3. Cry the beloved Oscar
We love men in touch with their emotions, but Pistoriusâ€™s tears were a bit much. During the course of the trial, the athlete got some serious side-eye from Judge Masipa, and at one point, the prosecution accused Pistorius of faking it to gain sympathy.Â Seeing Pistorius weep every day? No thanks.

4. Procrastination station
Admittedly, Oscar Extra was at times an excellent distraction from the tedium of work. But we canâ€™t all come to a standstill. Thereâ€™s a moribund economy to resuscitate, complaining to be done, bills to be paid.Â  Aluta continua, people! For most of the year, his name has been shouted across headlines, murmured on pavements, and spread across the Internet in a flurry of tweets, Facebook statuses and Internet memes. I put it to you, that perhaps we neglected to mention the most important name of the trial: Reeva Steenkamp.