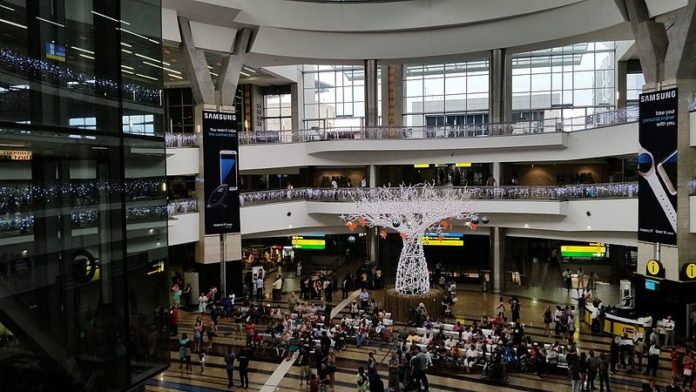 A group of Muslim women travelling from Johannesburg to Cape Town have raised complaints that they were treated unfairly by security due to the hijab they were wearing. One of the women told The Daily Vox she was asked to remove her hijab by security just before boarding her flight. The group of students was in Johannesburg for a Muslim Students Association (MSA) policy retreat.

Khadeejah Kaffoor, a student and regional MSA chairperson was asked to remove her hijab.

However, Kaffoor says she was not given that option.“This then highlighted that they are then not implementing their protocols and it’s a big issue requiring discipline,” said Khaffoor. She adds that while her group was addressing the issue with the supervisor, two more Muslim women were removing their hijab. Kaffoor told The Daily Vox that on June 23, on Sunday evening at around 5 pm, the students were checking their luggage in at the security domestic departures. She says after going through the detectors, she assumed she was done with the security checks and went to collect her bag.

However, Kaffoor says she was called back by a female security officer who asked her to show her hair. While she was shocked, Kaffoor said she “submitted”. After Kaffoor rejoined her group, she says she asked the rest of women if they had been asked to remove their hijab with the rest saying they had not. Khaffoor says she intends to lodge a complaint with ACSA. She says when they requested the policy or rulebook that looks at the removing of headgear, they were told it was not available.

ACSA responded to The Daily Vox saying that the airport respects “the cultural and religious diversity of our passengers.”

“It is most unfortunate that in this instance the passenger felt she was being deliberately profiled,” a spokesperson said.

“Should the passenger feel that she was treated aggressively, we would ask that she submit a more detailed complaint that sets out particular concerns. We will then investigate further and where possible review CCTV recordings,” said ACSA.

Shafeeqah Lakay, one of the other women in the group told The Daily Vox she was searched by security but was not asked to remove her hijab. She said after she exited the security check and was waiting with other members of the group, Kaffoor approached them.

“She asked if anyone of us were asked to remove our scarves,” said Lakay adding that Khaffoor told them she had been asked to remove it. Lakay says one of the female members of the group asked to speak to the head supervisor. “He (the supervisor) then came down and she inquired about it. He said there was rulebook that states that everyone who comes through with headgear needs to remove or they have the option of security just touching their head,” said Lakay.

She says they told the supervisor that Khaffoor hadn’t been given that option. Lakay adds the supervisor refused to show them the rulebook which he was supposedly quoting from.

Lakay says she was also told to delete a recording she had taken of the supervisor while he was speaking to the group.

Aisha Hamdulay, the media and communications officer from the Women’s Legal Centre (WLC) told The Daily Vox that Kaffoor has come to “for a consultation.” The WLC has advised Kaffoor to lodge a complaint with ACSA. Hamdulay says for the WLC the issue for them is that “in light of our progressive Constitution” which is considerate of all religions, “such incidents should not be happening.”

“It infringes upon the dignity of Muslim women, many of whom won’t have the courage to ask questions but feel that their dignity has been infringed upon by being asked to remove their headscarf in this manner,” said Hamdulay.

(Editor’s Note: This story has been updated with comment from the Airports Company South Africa.)