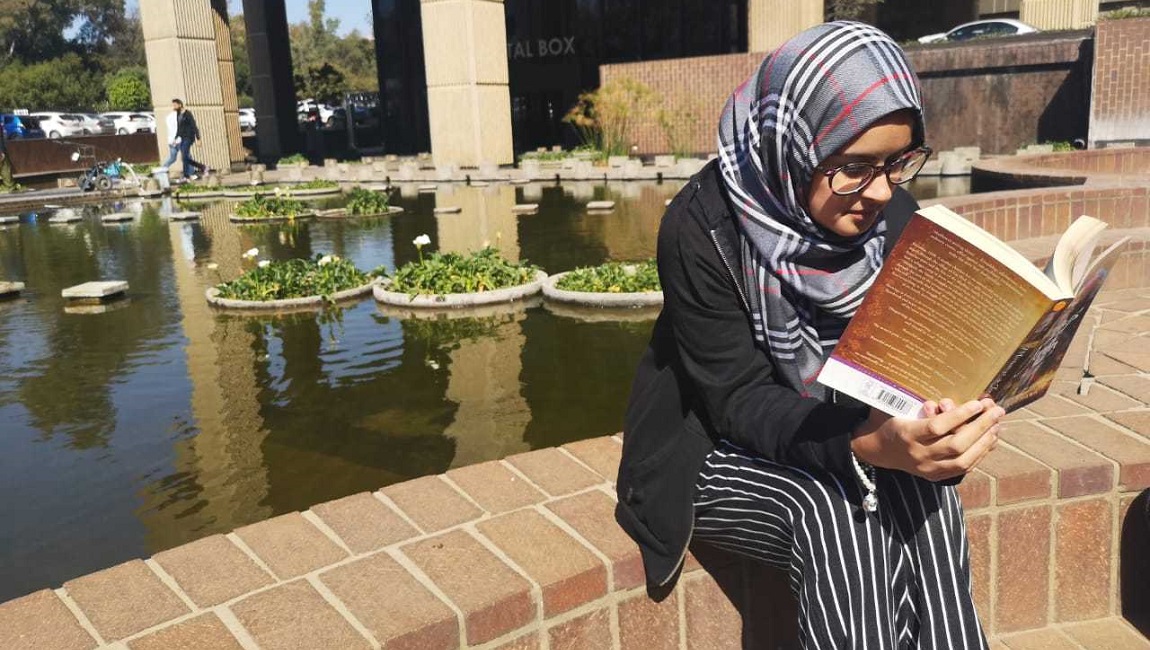 Representation matters, especially in a world where ‘Muslim woman’ is a highly politicised identity. Muslim women are painted as submissive and oppressed, brown women who cover their hair. Over the years more and more Muslim women have put pen to paper to write stories that challenge these narratives.

Here are 10 books that give us a glimpse into the complexity of Muslim women. In these books you will see that Muslim women are Sudanese, Indian, Palestinian, Pakistani. Muslim women wear headscarves or burqas or they don’t. They are angry, laughing, struggling, working, traveling, falling in love. By SHAAZIA EBRAHIM and FATIMA MOOSA.

Set in Sudan and Egypt in the period between colonialism and independence, Lyrics Alley features many interesting and complex Muslims. This is not a light read. It deals with heavy issues like living with a disability, female genital mutilation and the clash between tradition and modernity. The standout character is Soraya. We meet her as a young girl eager to get married to her betrothed Nur. Yet when tragedy strikes Nur, Soraya is forced to re-evaluate her life. She constantly pushes the boundaries of what is expected of her. The book tackles different ways people deal with faith, culture, and tradition. Aboulela captures all of this beautifully. [FATIMA]

A cute spring break romance that packs a punch, Love From A to Z tackles political anger, grief, family, degenerative disease, and Islamophobia. Zayneb is a headscarf-wearing 17-year-old who is suspended from school after confronting her Islamophobic teacher. She travels to Qatar where she meets Adam, who has just been diagnosed with a degenerative disease. The book is about two Muslim kids falling in love. It’s also about fighting injustice and asking if you need help. This book is a marvel and an oddity. [SHAAZIA]

Shubnum Khan’s debut novel Onion Tears is a pure delight to read. Set in suburban South Africa, it tells the story of three generations of Muslim women. There is Khadeejah Bibi Ballim, a first generation Indian, her daughter Summaya and Summaya’s daughter, eleven-year old Aneesa. It tells the story of the secrets the women are keeping from each other and what happens when those secrets emerge. Khan is a brilliant writer, weaving words beautifully. The book feels like reading about our mothers, aunts, and grandmothers. Even if you aren’t of South Asian descent living in South Africa, this book will draw you in instantly and leave you wanting more. [FATIMA]

The Love & Lies of Rukshana Ali by Sabina Khan

Rukshana is a closeted lesbian. She’s also a Bengali-American Muslim. When her conservative parents catch her and her girlfriend together, her world as she knows it comes crashing down. Her parents bundle her off to Bangladesh to try and rein her in. But Rukshana finds a way to fight for her love… The Love & Lies of Rukshana Ali explores Rukshana’s clashing identities and what it’s like to feel unwelcome in your own culture. [SHAAZIA]

This is a book about the inter-generational trauma of exile and displacement. Salt Houses is written from the perspectives of eight members of a six-generation Palestinian family. When conflict strikes Palestine, the Yacoubs are able to move abroad to ensure their safety. But while their affluence allows them safety, it doesn’t safeguard them from the deep-rooted trauma of displacement and yearning for home. The book unravels the resistance and persistence of identity, faith and tradition, and is wonderfully written. [SHAAZIA]

Ayesha at Last by Uzma Jalaludin

Very few people can say they don’t love Jane Austen’s Pride and Prejudice. In Ayesha at Last, Pride and Prejudice comes to a small Muslim community in Toronto. Elizabeth is Ayesha, a 27-year-old teacher who actually wants to be a poet. Darcy is Khalid, a conservative commerce manager who believes love comes after marriage. There are laughs and misunderstandings and cute moments. While the book follows most of the plot lines of Austen’s book, Jalaludin manages to center the book in a Muslim community which makes it all the more fulfilling. [FATIMA]

Secrets of the Henna Girl by Sufiya Ahmed

Secrets of the Henna Girl is the story of 16-year-old Zeba Khan. Living in England, the book begins with Zeba waiting for her exam results. She seems like any other young girl her age. However, her parents, who take her to their home country Pakistan for the holidays, have other plans. This book tackles forced marriages, patriotism, patriarchy, and familial honour. Zeba is a terrific main character. She is forced to go through so much. She is betrayed by her parents and exposed to so much ugliness. Ahmed writes about difficult and complex subjects with so much sensitivity that it is a definite must read. [FATIMA]

She Wore Red Trainers by Na’ima B. Roberts

She Wore Red Trainers is a “halal” romance. Roberts tells the story of a budding love between the leads Ali and Amirah. Their romance is so “halal” the pair don’t even hold hands!  While it might appear to be about love, this book goes a lot deeper. Both characters struggle with faith and Islam, and other challenges. Their past lives coming back to haunt them and ruin the new lives they are trying to build. Amirah is a beautiful character to read. She is strong and vulnerable and annoying and brave and real. [FATIMA]

Internment is a terrifying story of hope and revolution. It is set in a near-future United States, where 17-year-old Layla and her parents are forced into an internment camp for Muslim American citizens. Layla, along with the friends she makes in the camp, her boyfriend on the outside, and a surprising alliance, lead a revolt against the internment camp director and his guards. Living in an islamaphobic, racist, white supremacist 2019, the most alarming part about this book is that it isn’t far-fetched at all. [SHAAZIA]

Written In The Stars by Aisha Saeed

Naila lives a relatively normal life in the United States. Her parents allow her many choices, except for one: they will choose who she marries. But Naila breaks the rules when she falls in love with Saif. Convinced that she has forsaken her roots, her family takes her to Pakistan to reconnect to her roots and relatives. Things go awry when Naila’s parents find her a suitable husband, planning to marry her off. Written in the Stars is about choice, forced marriage and what it’s like to be caught between two cultures. [SHAAZIA]

Honourable mentions: Love, Hate and Other Filters by Samira Ahmed, Girls of Riyadh by Rajaa Alsanea, Does My Head Look Big In This? by Randa Abdel-Fattah, The Good Muslim by Tahmima Anam,  A Place For Us by Fatima Farheen Mirza, and Called To A Song by Kharnita Mohamed.