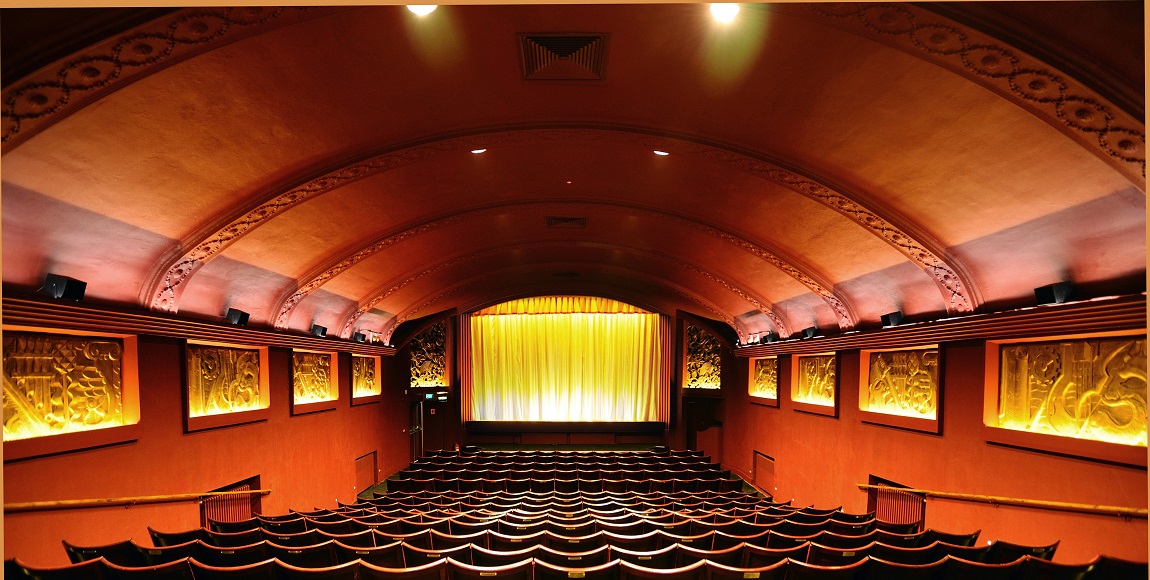 It’s always a marvellous thing when a really good book is turned into a film. Aside from the inevitable argument about which story was told better, it’s always fun. 2018, in particular, has been a great year for book-to-film adaptations. Half the population is crushing on Noah Centineo as Peter Kavinsky and the other half is planning a trip to Singapore to observe crazy rich Asians in their natural setting. SHAAZIA EBRAHIM and FATIMA MOOSA count down 9 of their favourite 2018 adaptations.

You already know our favourite genre is Young Adult (YA), so of course the first film on this list is going to be YA. Every Day the film is based on David Levithan’s New York Times bestseller. It’s the perfect mismatched love story of a 16-year old girl who falls in love with a spirit who inhabits a different body every day. Talk about love being blind! She and the spirit work each day to find each other, as the spirit occupies different people each day. Sometimes the spirit inhabits a boy, sometimes a girl, of any shape, size, or ethnicity, but he/she is always kind, thoughtful, sharp, funny, observant, and compassionate. Of course loving a different person every day comes with it’s own problems – This film is the perfect playful fantasy romance.

A historical romantic-drama movie set in the 1940s. Do we need to say more? Based on the 2008 book written by Mary Ann Shaffer and Annie Barrows, the story follows a writer who begins to exchange letters with residents on the island of Guernsey which was under German occupation during World War 2. There’s plenty of romance and angst in the movie, as well as the backstory of German occupation and war. Lily James and Michiel Huisman are phenomenal as the leads. If you love reading, book clubs and history, this is the perfect movie. Grab some popcorn and get streaming it.

If you have not heard of Crazy Rich Asians, alamak! What have you been doing? This is the most over the top Cinderella-style story you’ll see this year. It’s about Chinese-American economics professor Rachel whose Singaporean boyfriend Nick, invites her back to his country for his best friend’s wedding. Only, he leaves out a tiny little detail: his family is RICH. Like mega rich. We’re talking private jets, yachts, front row at Fashion Week rich. Cue the soap opera-style family drama and the inevitable message that love always wins in the end. The book is even funnier and more dramatic – just saying.

To All The Boys I’ve Loved Before

Where do we start with this incredibly charming and endearing movie? We’ve all heard about the swoon-worthy performance that Noah Centineo put on as Peter Kavinsky, but we need to speak about Lana Conor as Lara Jean Covey. There are whole Twitter and Tumblr accounts dedicated to the two. To All The Boys I’ve Loved Before is the story of Korean-American Lara Jean who is addicted to romance but shy with cute boys and ends up having to pretend-date the most popular guy in school, Peter Kavinsky. Based on the book by Jenny Han, it’s a romance that is honest and genuine. It’s the sweetest, softest movie that executes all of the tropes to perfection. This is one you’ll want to watch over and over again.

Here’s a wicked fun story based on the book by Darcey Bell of an odd friendship duo turned into a bizarre mystery. Anna Kendrick plays Stephanie, the annoyingly chipper PTA-style mom. Blake Lively plays Emily, the high-fashion and flamboyant PR exec. Somehow the two become the best of friends. Then Emily asks Stephanie a simple favour – to fetch her son from school-and disappears. *Cue ominous music* Investigations ensue and secrets unravel in this rather entertaining black comedy. Kendrick and Lively have such a great on-screen chemistry! This film takes on the twists and turns of female friendship in a dramatic and often hilarious way. If anything, watch it for the Blake Lively’swardrobe which is as enviable as ever.

Amandla Stenberg, we think itâ€™s safe to say is the undeniable queen of YA. She has been brilliant in all of the movies she acts in regardless of the role she plays. In the adaptation of Alexandra Brackenâ€™s The Darkest Minds, she executes the lead, Ruby Daly to perfection. The Darkest Minds is a science fiction thriller who tells the story of a group of teenagers who are on the run from the government after mysteriously obtaining superpowers. And if that didnâ€™t sell it to you, the movie also stars Gwendoline Christie, AKA the Brienne of Tarth from Game of Thrones. Since the book is part of a series, we can only hope the rest of the books will also be adapted because we would hate to be left hanging.

A Wrinkle In Time

Besides 2018 being a great book-to-movie adaptation year, it’s also been an amazing #BlackGirlMagic one. The remake of Madeline L’Engle’s Wrinkle In Time was released earlier this year. Not only was it directed by Ava DuVernay, a certified slayer of note, it also starred Oprah Winfrey, Mindy Kaling, Storm Reid and Gugu Mbatha-Raw just to name a few of the star cast. It tells the story of 13-year-old Meg Murry who sets off on a quest to find her missing father, with the help of three astral travelers. Whether you read and loved the books or you just watch to see Oprah shine on screen, this movie is a definite must-see.

Okay so our list is mostly made up of YA books but can you even blame us when there have been so many fantastic YA book-to-movie adaptations this year? Adapted from Becky Albertalli’s Simon and Homo Sapiens Agenda, the story follows teenage Simon as he falls in love with the first time. The storyline is adorable and the characters are fantastic especially some of the supporting ones. What makes this movie great is that it tells the story of a gay teenage boy without relying on lazy stereotypes and angsty storytelling. It is just a beautiful coming out story about a boy trying to balance family, friends, and love. Nick Robinson shines in this role. Also the soundtrack is fantastic, featuring songs by Troye Sivan, Khalid and Normani.

The Hate U Give

So the movie adaptation of Angie Thomas’ award winning book, The Hate U Give technically has not come out yet. And even though we haven’t watched it yet, we just know it’s going to be amazing. The book which it is based on is just so great. It tells the story of 16-year old Starr who witnesses her best friend being killed by a police officer. She has to navigate her two lives: living in a black neighbourhood, and going to a mostly white private school. Go and read the book before the movie drops! The cast features brilliantly talented actors like Amandla Stenberg, Issa Rae, Regina Hall and Common. The storyline is profound and so relevant dealing with #BlackLivesMatter and police brutality in the United States of America. It will be out in cinemas on October 19. So make sure to pre-book those tickets and go and watch it.

‘The Hate U Give’ Trailer Has Dropped!