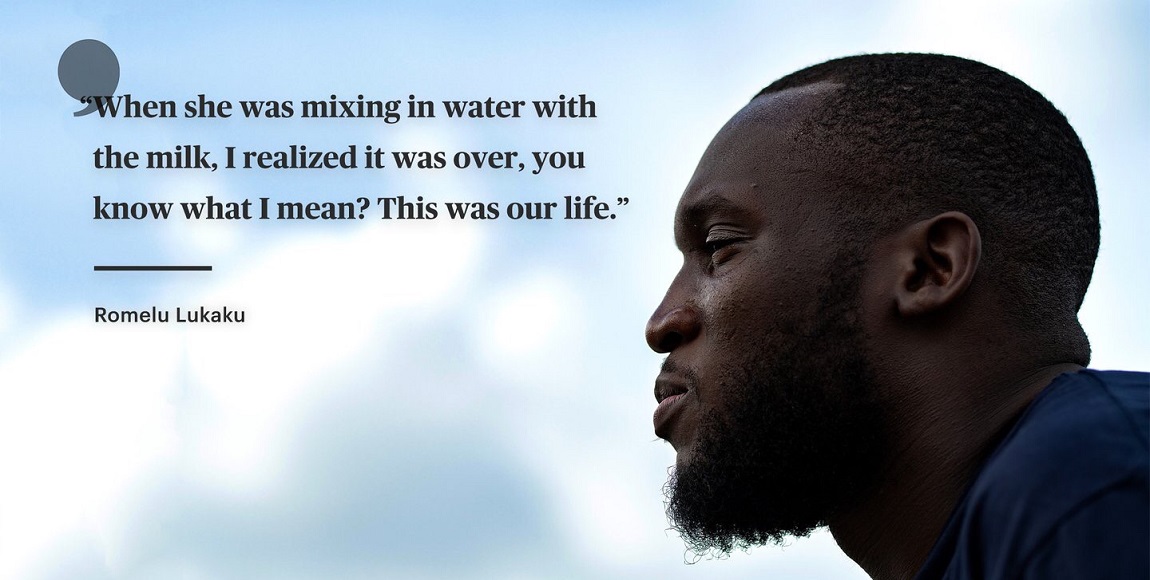 We’ve seen their triumphs, their losses and their celebrations. But do we really know anything about the person behind the footballing legend? An American site better known for its baseball coverage, The Players Tribune has been collecting and curating in-depth stories from some of the greatest footballers in the world.Â  Founded in 2014 by Derek Jeter, former New York Yankees baseball star, the aim of the website is to give athletes “a platform to connect directly with their fans, in their own words.” And that it certainly does. SHAAZIA EBRAHIM and FATIMA MOOSA round up our favourite Players Tribune testimonies thus far.

England has been having a dream of a World Cup. Coming into the tournament as underdogs, they have caused many to change their opinion of the team. For English player, Raheem Sterling, this seems to echo his life. His Players’ Tribune piece titled, It Was All a Dream is equal parts inspiring and heartbreaking. Sterling has faced much criticism and discrimination from the English media and perhaps that’s why he starts off by asking if he can trust the reader to listen to his story instead of just relying on what we’ve read. It is his mother who plays the greatest role in his story being his inspiration, his conscience and his strength. She pushed him to keep dreaming about being a football player. Indirectly, Sterling addresses the racists, haters and the tabloid media when he says England is still a place where a boy who has nothing can live his dream.

The 25-year-old Belgian star striker’s story was a joy to read from start to finish. It invited us into the life of a little Belgian boy of Congolese descent who lived in a home where there was never enough – and vowed to change that. Lukaku speaks of his determination to play professional football with boots that were too big for him. What strikes us about his piece was the way his Belgian nationality was undermined if he didn’t perform well enough in football. “If you don’t like the way I play, that’s fine. But I was born here. I grew up in Antwerp, and Lige and Brussels. I dreamed of playing for Anderlecht. I dreamed of being Vincent Kompany… I’m Belgian. We’re all Belgian. That’s what makes this country cool, right?” Lukaku writes.

The Uruguayan star with the breathtaking goals pens the most thought-provoking – and dare we say existential – letter to his nine-year-old self. When he was a kid, Cavani didn’t have cool hair or money or even a stable house to call home. But he had the Ice Cream Goal: a rule made by one of the organisers of a youth league in Salto that the kid to score the last goal of the match gets ice cream. And he had his dream to play football. But as a 31-year-old, Cavani reflects on happiness and freedom – and about how he traded his freedom for his dream. “In many ways, you are living a dream. And in many ways, you are a prisoner of that dream,” Cavani writes.

Prepare yourself to feel all the feels if you’re reading Ãngel Di Maria’s piece. Mari­a tells of the hyperactive boy who, with his sister, helped his father make and sell coal from the little grey house with a tin roof. He channeled his energy into football and began his career at Rosario Central. His mother – a supporter of Central – drove him nine kilometers on rusty old bicycle to and from training everyday. “In the rain. In the cold. In the dark. It didn’t matter. My mother just kept pedaling,” he says. From then on Mara speaks of his journey in professional football, the 2008 Olympics, the world cups. Addressing his depression, Mari­a speaks of how he saw a psychologist. He remembered that he’s living his childhood dream – and the game became just a game again.

We were all a little bit heartbroken when Nigeria lost to Argentina. But the 31-year-old captain of the Nigerian national squad’s piece is a treat to read. Mikel says one of his most defining traits is that he never chickens out. In his piece, he speaks of his footballing journey growing up in Jos, Nigeria from beating rival football academies and being homesick at footballing camps in Yoruba. Footballing kings of Nigeria Nwankwo Kanu and Jay-Jay Okocha inspired Mikel. From Kanu, Mikel carries this advice: “Don’t play the politics as a player. Be truthful. Be who you are. Because in this game, football is like politics.” Mikel also speaks of the question he still gets asked: why he signed for Chelsea and not Manchester United all those years ago.

Nothing was going to stop @mikel_john_obi from making it in professional football.

Many of the stories deal with the hardships the players have had to endure in the journey to the top. Despite missing some of that, Germany player, Julian Draxler’s story is beautiful in its simplicity. He writes his piece in response to his grandmother who asks why he plays football. Draxler grew up in a coal town in Gelsenkirchen. Football in his town was very physical and not about creativity. Something, which Draxler says annoyed him because his footballing idols were players like Zidane and Raul. A touching anecdote from Draxler’s piece is that he says in his town, it didn’t matter where you came from at the local park because everyone spoke the language of football. In reply to his grandmother, he says about Brazilian fans in the 2014 World Cup: “But for them to come out of their homes and show us love in that moment when the entire country was devastated, that’s what football is all about for me. To answer my grandmother’s question, that is why you travel halfway across the world to play a simple game of football.”

Switzerland had quite a good tournament even though they were kicked out in the Round of 16. One player who was instrumental to their relative success is Xherdan Shaqiri. He was at the center of controversy during the tournament when he and teammate, celebrated with an Albanian symbol during their match against Serbia. This confusion around national identity comes up in Shaqiri’s Now I Got My Own Army Guy. Shaqiri’s family left Kosovo before the war broke out and moved to Switzerland. He was the only immigrant kid at his school and says the other kids didn’t understand his obsession with football as it was regarded as just a sport. He says playing for Switzerland is so important especially for his family as they came to the country with nothing. However, he says even though the media misunderstands his feelings towards Switzerland, he just thinks of it as having two homes. And that’s why he plays with both flags on his shoes because they tell the story of his life.

Who wouldn’t love to be a fly on the wall in the Spanish dressing when Barcelona and Real Madrid meet for training after huge game? Spanish defender, Gerard Pique gives us a glimpse into what takes place, saying that the Spanish group chat is filled with the players trolling each other when either team gains a victory over the other or is leading the La Liga table. So contrary to popular belief, the Spanish players all get along and Pique says that is because they are all playing for the same dream – wearing the Spanish badge. Barcelona players were caught in the middle of controversy during the Catalan independence referendum which was seen as unpatriotic by many in the country. Pique says he doesn’t get involved in politics, but all he wanted was for people to have a choice. Pique’s story is about looking beyond the headlines to see what happens beneath the surface.

Brazilian player, Paulinho’s piece “I Was in the Grave” is a tough read. It deals with the player’s struggles with depression, facing racism from Polish fans and falling out love with football. But above all it is also about why he continued to play football even when it was difficult. Did you know that Paulinho went to Barcelona FC because of Lionel Messi? But besides that, his story of transferring from China to Barcelona was anything but rosy. It was at this time that Paulinho’s wife went through a trying pregnancy with their twins while he had to play Champions League. Football, like life, is ups and downs he says. He says the most important thing was about enjoying the work. And it’s only then can you play the best football, Paulinho says. But even more than, Paulinho’s story is about the game just being a game. For him, even more than Messi and Barca, this is what he calls a miracle: “no matter what the result was that day, your children look up at you, and their eyes say, Olé, Papai.”

“I was wounded by the experience. It was just a very lonely time.”

How racist attacks in Lithuania made @paulinhop8 question his love for football.

There are many more to read. We have to give honourable mentions to the stories of France’s Benjamin Mendy,  Japan’s Keisuke Honda,  Brazil’s Alisson Becker, Denmark’s Kasper Schmeichel, Croatia’s Ivan Rakitic and Serbia’s Aleksandar Kolarov. 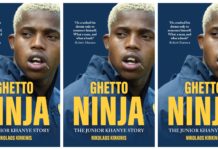 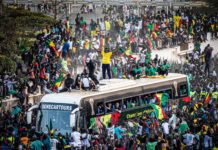