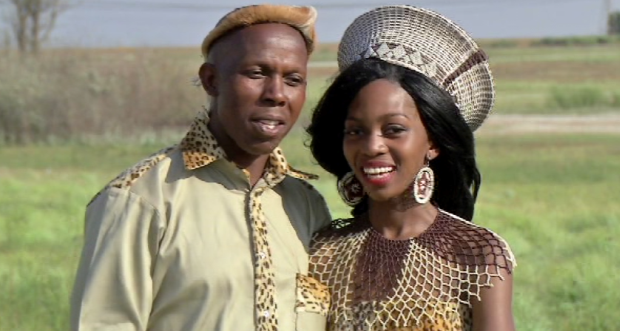 There was nothing perfect about Sundayâ€™s episode of Our Perfect Wedding, which told the story of a man who met his wife when she was 14 and he was 28. Viewers were outraged at the episode’s apparent endorsement of statutory rape. ZILUNGILE MNISI asked Durbanites what they thought of theÂ episode . Ayanda Luthuli, 20, student, Pinetown
I do not regard relationships where there is a large age gap as ideal. I have always been against old men that date scholars because I see that as taking advantage of the young girl. Sometimes girls date older men just to get the benefits of getting fancy gifts, and that is just exploitation. Society today is set up in a way where they are oblivious of the fact that old men are actually committing a criminal offence when they are in relationships with scholars. Sundayâ€™s episode of Our Perfect Wedding was also proof of how society has turned out. Even the producers saw nothing wrong with what Fanie was saying as he retold his history of dating young girls. Mcedisi Mlanga, 22, student, Durban
There is nothing wrong with people who have a large age gap between them as a couple. They should both just be old enough. I would say that there should at least a 10 year age gap between the couple. It doesnâ€™t sound right, but it would be acceptable for an 18 year old to date a 28 year old, compared to a 14 and 28 year old. People have different love stories; hence some of them arenâ€™t perfect enough to be televised. There is nothing perfect with Fanie and Bavelileâ€™s story, especially since Bavelile sees it as a privilege to be the girl who got the ring. Zwakele Ntuli, 22, hotel hostess, Durban
Our Perfect Wedding has lost its plot. How we see old men courting young scholars in our communities is different to seeing it on a popular television show. People are easily influenced by media and if they see such rape culture being romanticised, they will think that this behaviour is acceptable. Dating an older man while you are a teenager is just a stain on your dignity as a girl. Such relationships should not be promoted because most old men dating young girls are already married. Mbuso Msipho, 24, junior architect, Newlands
As much as people say â€œage is nothing but a number,â€ some things are just wrong. Relationships should not be tied to age, but some are just unacceptable. Some old men do not date scholars because they love them, but because they can control them. They know that they actually get to control the relationship based on the power they have over the girl, power based on money and age itself. On Sunday, Our Perfect Wedding showed us what really happens in society; hence Fanie saw nothing wrong when he was reflecting on his sexual relations with scholars. Sindisiwe Luthuli, 21, student , Pinetown
I did not watch Our Perfect Wedding on Sunday, but I think their relationship was statutory rape ofÂ Bavelile. It does not make sense how a man who is more than 10 years older than a girl can have sexual relations with her at the age of 14. The show is about inspiring people about showing viewers perfect love stories, but there was nothing perfect about this certain story. Society has become immune to seeing such behaviour to a point that we donâ€™t report or talk about it. It has become normal to see a girl being picked up in an expensive car by an old man.

– Featured image via the Our Perfect Wedding Facebook page.