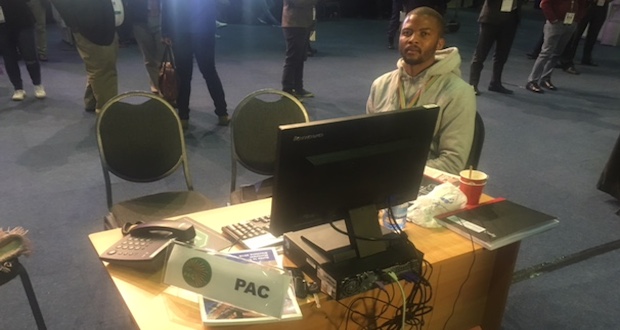 The Pan Africanist Congress (PAC) are a party with a strong legacy within South Africa. Their founder, Robert Mangaliso Sobukwe, remains one of the key struggle icons of our time. Yet, over the last decade, the 57-year-old partyâ€™s presence within organisedÂ politics has dwindled to the point of near non-existence.

Currently, the PAC only has a single seat in parliament.

So what exactly is happening with the PAC? Should we be expecting a resurgence in these upcoming elections, or further decline? PAC National Secretary of Publicity and Information, Walter Lekhuleni, indicates that we should probably not hold our breath.

â€œActually we had about 30 days to prepare for the elections. Remember we had issues where we were suspended from participating; we had to go to court and previously we had other court cases dealing with internal politics which we had to resolve,â€ said Lekhuleni.

The PAC has been plagued by internal political struggles since the expulsion of former PAC leader, Letlapa Mphahlele, in 2013. Mphahlele then took the party to court to appeal his expulsion. A factional dispute over PAC leadership thus ensued in courts over who the rightful president of the PAC was.

The IEC, uncertain of which faction to recognise, refused to fund either faction of the PAC or allow them to take part in the current 2016 elections – until the point where the IEC were presented with a court order confirming the leadership of the PAC. This was eventually resolved, with the courts finding that Luthando Mbinda the rightful leader.

Despite the time constraints in terms of campaigning, Lekhuleni was optimistic.

â€œIn terms of the results, we think we are doing well, considering we came into the campaign very late,â€ said Lekhuleni.

Looking towards the future, he added that the partyâ€™s prospects were now to be left to the youth – the PAC student movement, PASMA – which currently has significant presence in many universities – especially in the Eastern and Western Cape.

â€œMost of our founding members are very old and are now passing on, so we have to pass the baton at some point and we decided this is the opportune time. Weâ€™ve been putting them in the forefront and saying this is time for you to take over – weâ€™ve sorted the internal tensions, we have a party that is now clean. Here it is, go for it,” said Lekhuleni.