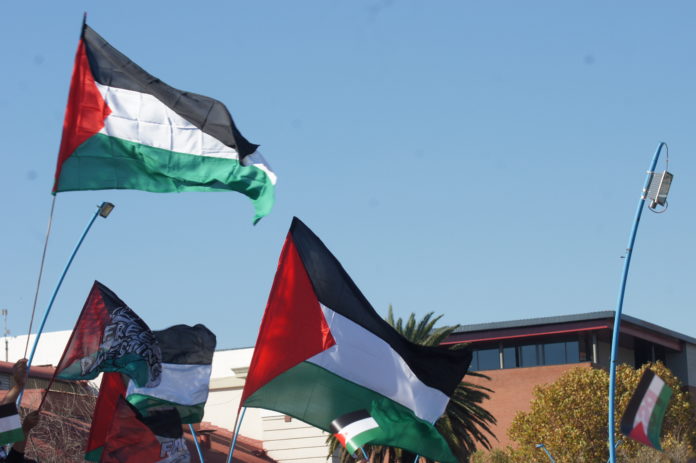 While the process of rebuilding in the shadow of occupation continues in Gaza, there are a number of lessons.

Read more:  5 ways to help the people of Palestine

Across social media platforms you have the option to choose a sticker in solidarity with Palestine. It is a small way to support the fight against oppression in Palestine. It harms no one, to stand in solidarity with oppressed people. But of course this “political” sticker has welcomed ignorant statements like, “Don’t lose your Christian faith in all of this”. Standing in solidarity with Palestine is not renouncing your faith. To get technical the three major organised religions in the world are Abrahamic religions; Christianity, Islam and Judaism. All three religions are interconnected by Abraham being central in all. There are Palestinians of all faiths, not just Muslim. There are Jewish supporters of a free Palestine. Solidarity is a humanity issue and shouldn’t be used to cause more fracture than there already is.

Some things are just not TIK-TOK-able

Tik Tok may be only the 7th largest social media platform, but it is the social media platform of choice among younger people. It’s not unusual to spend hours at a time browsing the app. But the platform lends itself to a certain brand of performance and theatre. Now it’s mostly a lot of fun and hey, we’ve also learned a lot from TikTok. But learn to listen and listen to learn. Our activism should not usurp the voices of actual Palestinian people. It should not cause harm.

When the aggression’s in Sheikh Jarrah and Gaza first started some people took to social media to demand that everyone speak up about what was happening in Palestine. There were also attempts to draw links to the #BlackLivesMatter protests that took place last year after the murder of George Floyd. Some social media users demanded to know why influencers and brands who supported the #BLM protests were not showing similar support to the Palestinians’ protests. Well, to those social media users, we say perhaps you should widen your social media and IRL circle.

There have been and continue to be historical ties between movements like #BLM in the United States of America, the labour movement in South Africa and many other rights-based movements in support of the people of Palestine. People of all races, religions and nationalities have shown their support for Palestine. And if you say the media is not telling the full picture, that can be easily remedied. Many Palestinians living in Gaza, Jerusalem and the 48 Occupied Territories have been using their voices and social media to alert the world to what is happening to them. All it takes is a few simple clicks to access the levied realities of Palestinians without having to rely on mainstream media which sometimes shows an objective – read skewed perspective of the situation.

Read more: In his own words: Imtiaz Sooliman on the current situation in Gaza

We need stronger measures from the government

Our government has been saying all the rights for the longest time. They’ve condemned the Israeli government for their violence and called on them to respect international law. But that’s just it. They’ve only been talking. In the past, they’ve recalled the South African ambassador from Israel. But that’s not enough. Palestinian solidarity organisations in South Africa have provided the government with a number of demands to carry out. These include removing the Israeli ambassador and embassy from South Africa and cutting all diplomatic ties with Israel. From a country which experienced aparthied, that’s the least that the South African government should do.

Trade unions and the workers allied to them decided they would not offload a ship containing Israeli products. While the workers have taken this step to enact the BDS movement, the government continues to make statements without any strong actions.