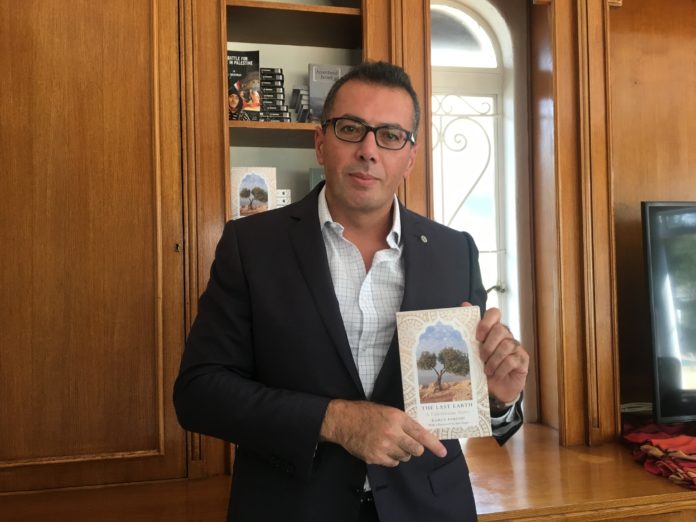 “South Africa is clearly an important player [in the Palestinian resistance],” said Ramzy Baroud. Baroud is a well-known Palestinian writer, journalist, and columnist. He is currently in South Africa to promote his book The Last Earth: A Palestinian Story. During the Johannesburg leg of his tour, FATIMA MOOSA caught up with him. This is part one of the interview.

“We can safely say there are many similarities overlapping in the histories and in the struggles. There is overlap in the behavior of the governments that colonised this land and created the apartheid system. So in a way, we are kind of going through your exact same historical trajectory,” said Baroud.

However, despite this Baroud says, people especially Palestinians should not have a romanticised view of South Africa. “It’s inconsistent with the reality of any anti-colonial, national liberation movement. On the other hand, it’s unfair to reach the exact opposite conclusion. [Those being] that this whole thing is just a farce and the country is still entrenched in apartheid,” he said.

Baroud says people should have a realistic understanding of what happens in these situations. “That’s also important for Palestinians because even once we defeat Israeli apartheid, we have to understand it will take generations before we create true equality in Palestine,” he said.

Baroud says at this point in time, South Africa plays a more important role than just serving as an inspiration for Palestinians. He referred to the growing relations between Israel and other countries on the African continent.

Israeli prime minister Benjamin Netanyahu has met with the leaders of Rwanda, Chad, and Sudan in recent times – all ending with agreements to forge closer relations. Traditionally African countries have supported Palestine on the international community. However, the recent developments have placed doubt on this continuing support.

African countries within the conflict

He said for those countries getting the Israeli support is also a guarantee for the American support.

“But also Israel is now promoting itself as the major market for security and military hardware. That software that is being utilized by many African countries, especially in the way they are cracking down on their dissidents. So Israel is making headway in Africa, while the Palestinians are in miserable circumstances, sometimes out of their control.”

What all this means Baroud says is that Africa is being neglected in the Palestinian resistance. “That should have been really been one of the main centers of solidarity with the Palestinian people, have now become a marginal place,” he said.

South Africa, he believes can play a big role in this. “We want to see South Africa playing a greater role within Africa itself to push Israel back before Israel ended up colonising Africa.”

The current status of Palestinian society

During the conversation, the topic of Israa Ghrayeb comes up. Ghrayeb was a Palestinian woman who killed by three male family members in a supposed “honour killing”. Following the events, Baroud wrote up about the incident saying it should serve as a “wake-up” call for Palestinians.

When asked about this Baroud quoted Franz Fanon from his book The Wretched of the Earth.  “Well, he tried to understand the struggle against French colonialism in Algeria, from a psychological point of view. He reached the conclusion that colonialism has emasculated the male figure in Algerian society, where the Algerian man felt not just emasculated, but felt completely marginalized and irrelevant,” he said.

Baroud says this is something that is happening in Palestinian society where there is a “systematic process of the emasculation of the Palestinian men.” He says in a society where men are supposedly being seen as a protector and provider, this is being taken away from him.

Baroud says this has resulted in increased domestic violence, especially in Gaza. He said he witnessed this growing up in Palestine. The anger the men internalised from the beatings from Israeli soldiers resulted in them beating their wives and children. Baroud says this is something which is just not spoken about.

“Maybe because we over-romanticise the struggle of Palestine, we refuse to see Palestinians as ordinary human beings who internalise these things in a normal way. We want to see the Palestinian in this, either in this perfect victim or this perfect hero.”

This had led to rising levels of domestic violence for Palestinian women. They are left without any social support networks to speak out about what is happening to them.

“Palestinian women are dual victims. Sometimes to society itself, but also to the Israeli occupation,” said Baroud. He says there is a story of Israeli soldiers burning almost 80% of the body of a Palestinian woman. Then there is Ghrayeb who was killed by her own family.

“They are both victims in some way. It doesn’t make a fundamental difference if in one case the victimiser is a family member and the other cases Israeli soldiers. If you’re a true defender of human rights, you can’t separate between these two issues. You have to see them hand in hand,” he said.