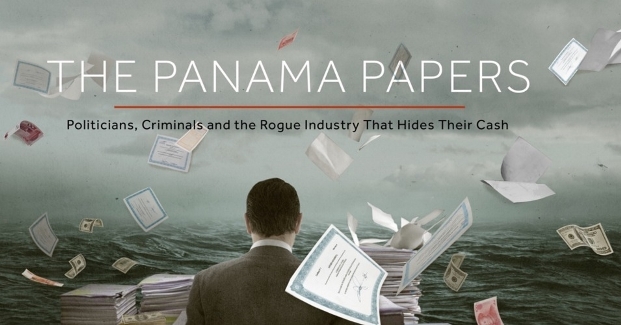 SomeÂ 11.5 million secret documents. Corruption. Tax havens. Secret companies.Â It is being described as the world’s biggest data leakÂ ever. Everyone is talking about it. And here’s what you need to know.

The Panama papers, leaked anonymously to the Munich-based newspaper Suddeutsche Zeitung, exposes the assets of everyone from political officials to billionaireÂ celebrities and sports stars. The documents from the secretive Panama-based law firm Mossack Fonseca,Â expose the assets of former world leaders and details of the hidden financial dealings of 128 more politicians and public officials worldwide. In a nutshell: the law firmÂ allegedly helped major politicians and celebrities around the world hide assets from tax authorities.

Some 370 journalists from 200 countries worked through the data for almost a year. According to The Guardian, the leak is certainly one of the biggest ever â€“ even bigger than the US diplomatic cables released by WikiLeaks in 2010, and the secret intelligence documents leaked by Edward Snowden back in 2013. “Overall, there are 11.5m documents and 2.6 terabytes of information drawn from Mossack Fonsecaâ€™s internal database”.Â Suddeutsche Zeitung worked with theÂ International Consortium of Investigative Journalists (ICIJ) and the joint report details billions of dollars of shadowy financial transactions moved through a number of offshore accounts.

The leaks come two months after Oxfam called on world leaders and attendees of the World Economic Forum to end tax havens as a priority. Oxfam’s global inequality report found that in 2014, corporate investment in tax havens were four times bigger than in 2001. Moreover, Oxfam also found that in a study of 200 companies, 9 out of 10 companies analysed have a presence in at least one tax haven.

The South African connection. So far Clive Khulubuse Zuma, a nephew of the President has been namedÂ in the report.Â We are waiting to hear more.

The International Consortium of Investigative Journalists has a full profile of political figures and their relatives named in the Panama Papers. Read more.