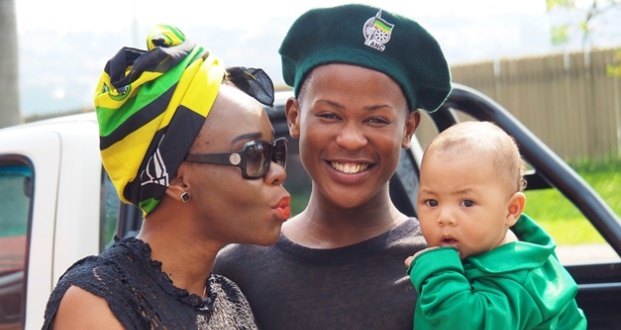 What was merely a hashtag became a call to fill up the stadium for a political rally. A hip hop dance made struggle-song history. Insert rolling eyes emoji. Have political parties spruced up their campaigns to appeal to young voters? Or have youth been the influencers with their online revolutionary pop culture?

Politicians have been speaking over the heads of young people for a while. When the EFF made parliament after the 2014 elections, their new energy drew in some much needed public attention. Suddenly, we were all watching. Their radical thought and idealism inspired a wave of passionate young activists to brighten their corners. Young people were thinking innovatively about political thought and movement building.

South Africa was shocked last year when students took to the streets to demonstrate that generation Y is not politically apathetic. Live SA launched a campaign to encourage young people to participate in local government elections called â€œ#2Xâ€. This was inspired by the wave that took over the media because of the hashtag #FeesMustFall. This year, they challenged students and activists to take this new power to the polling station by turning the hashtag into an X on ballot papers.

Late last year, Cassper Nyovest called for his fans to #FillUpTheDome in support of local artists. We filled the Dome. When political parties appropriated the hashtag in a bid to campaign for local elections, I knew for sure that the ideas of young people influence political marketing strategies. Whether this contribution is used progressively or to hide archaic ideologies is something worth questioning.

What our struggle heroes have taught us is that campaign strategies must appeal to the culture of the voter if a political party wants to win in a populist democracy. It would seem that the ruling party wanted to appeal to the youth vote. The #FeesMustFall slogan â€œFree quality educationâ€ was used as bait to entice the youth vote. The EFF adopted this slogan and stayed to true their demand for land while throwing scathing remarks at the opposition. The DA said they are the only party that represents Nelson Mandelaâ€™s ideals. And the list of magic moments continued.

Zuma’s dab is a lot better then mine ðŸ˜” pic.twitter.com/mCgnBwme96

When the ANC promoted their hashtag #VoteANC on the Twitter trends page, twelebs started trolling the ruling party about the amount of money that went into their campaign. This was probably a suggestion made by their advertising agency. The use of the dab was another gimmick to attract youth votes. I canâ€™t help but ask, â€œWhy the use of this American hip hop gesture?” Is this a symbol of the ANCâ€™s allegiance to consumer culture? Does this represent the tensions between the political and marketplace dynamics? Or is there nothing to be made of it?

Youth culture has had the spotlight during this campaign season unlike any other. Social media fictions make for a good laugh, and while I absolutely adore the work young activists are doing, I fear that it is hypnotic and culturally addictive. If we remain blind to the implications of certain political campaigns at the expense of glamour and celebrity culture we run the risk of alienating ourselves from socio-political issues. And with that comes a greater shift in national consciousness towards a kind of democracy that is dictated by the cost of campaign advertising. (*Dabs*)