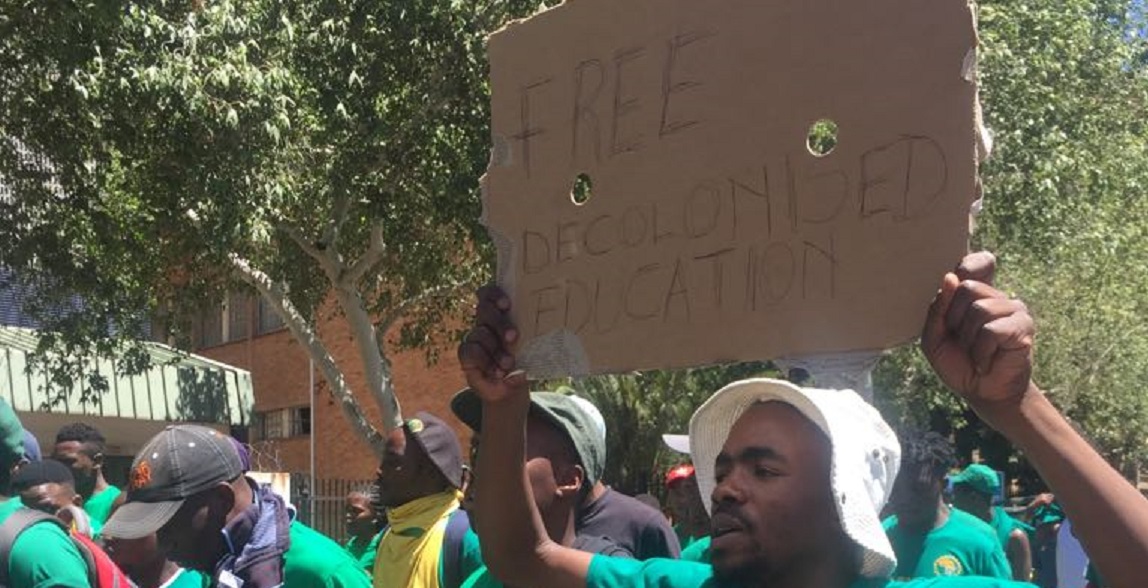 The Pan Africanist Student Movement of Azania (Pasma) threatened to protest if The Fees Commission Report does not offer free education to students.

Sinethemba Mkhatshwa, the secretary general of Pasma Gauteng spoke to The Daily Vox at their march to the Union Buildings on Wednesday. About 50 students were marching in demand of free higher education.

The students first handed a letter of memorandum to Treasury. Some of their other demands include transformation and decolonisation at universities, cancelling the debt of NSFAS students and the release of the Fees Commission Report.

The Fees Commission was set up in 2016 by the presidency to look into the feasibility of free higher education. The commission has finalised its report and sent it to President Jacob Zuma, who is yet to release it.

Mkhatshwa said she is not sure free education will be announced but if they did not get what they want, students would begin protesting again. â€œHigh chance [protests] will kick off by the end of this month. We will have to go back to the streets [and] call the revolution,â€ she said.

She also said Pasma wanted to know why the president removed Blade Nzimande from his position as higher education minister in his Tuesday cabinet reshuffle.