Home Features So these people made R433 440 PER DAY off the SA firefighters...
WhatsApp
Facebook
Twitter
Email
Print 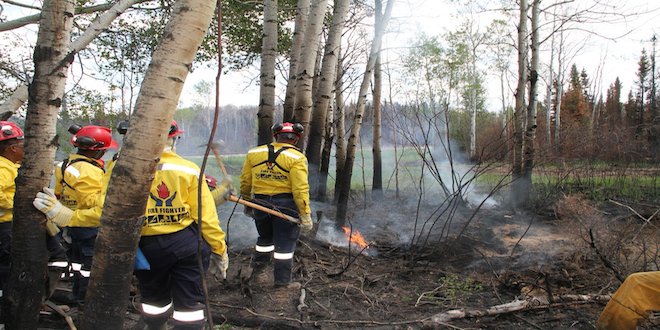 For our latest report on updated figures of the earnings of Kishugu Holdings click here.

So, a private South African-based company called Kishugu Holdings -with its 25% BEE party in tow- won a tender under the very complicated auspices of the government’sÂ Extended Public Works Programme (EPW) to supply training and ostensibly employment to mainly young black peopleÂ as firefighters.

Its flagship program is the Working on Fire program (WoF). It was under WoF that we saw 301 dancing firefighters (at which point this writerÂ became suspicious and cynical) arriving in Alberta, Canada as part of efforts to curb forest fires there.

A week or so later, the firefighters had downed their hoses, complaining that they were being exploited. Interesting story, very South African story IÂ thought. It only really became truly truly truly shocking and offensive when IÂ did some rough math based on the reported figures.

Kishugu earns $170 per fire fighter per dayÂ  from Alberta’s government. This is over and above the subsidies they receive from our own government under the EPW. Moreover, Alberta covers full accommodation and living expenses of each of the 301 firefighters. The pay for each firefighter is $15 per day while in Alberta plus $35 for each day of deployment (overseas allowance), which they receive on their return. Which leaves Kishugu with a whopping $120 per day per firefighter profit from this particular contract.

So here’s the math:

Per month it would’ve been R13m plus profit.

And yet, they paid their black staff fokol, treating them like the slaves they obviously think they are. Also predictably the real villains in this story, according to some amongst us, are the firefighters, for variously embarrassing South Africa, being greedy, being foolish, being black, all of the above. what a horribly typical south african story. These are theÂ guys who run the whole thing and their spouses, taken from an article where they state their intention to list Kishugu on Wall Street.

EWN reportsÂ Working on Fire CEOÂ Johan Heine says the deployment of firefighters has never been about making money. HeÂ said, â€œWe are busy now calculating a competitive salary because we canâ€™t compare a wage in Canada directly with a wage in South Africa, so we are now redoing the budget.â€ In a statement on Facebook, the company also denies it was paying the workers just $50 per day.

Editor’s note: This has been republished, with permission from the author, from a Facebook posting.Â