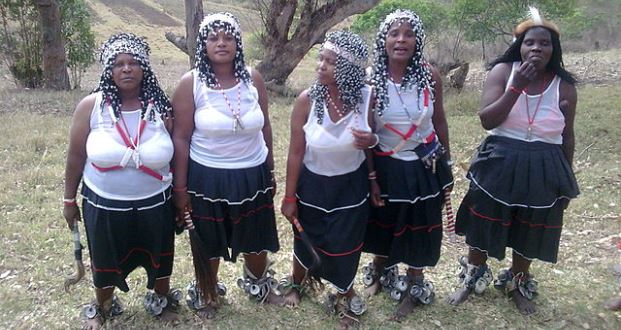 Traditional healers, herbalists and sangomas may soonÂ have to register with the Traditional Health Practitioners Council in order to render their services. ZILUNGILE MNISI asked Durbanites what they thought of the proposal. Tina Shabalala, 20, journalism student, South Beach
I have never been to a traditional healer before but I know someone who has. Their experience was described to be quite different from that of a doctor, however it was helpful. Traditional healing is something that our older generation [uses] and it will always have a place in society. People still depend on traditional healers for healing, as opposed to doctors because there are things that doctors donâ€™t do. I however do not support that they register because this will take away their unique craft of healing. They might be absorbed in using modern methods of healing and this might just be a failure. They should just be recognised as health practitioners, but not heal people like medical doctors do. Thokozani Mthembu, 35,Â cleaner, Durban CBD
There are people who solely believe and depend on sangomas. With this said I support that healers be officially registered. With them registered, it would give room for fake healers to be exposed because there are certain processes that will be followed. I have been to a traditional healer due to cultural reasons and the experience was normal because I was consulting for sickness. I understood that only a traditional healer could heal me. People still recognise them in society and if they register, they will be more respected. Ziphelele Msweli, 23, public relations student, Berea
I have a relative who is a traditional healer. I have gathered that generally, healers are helpful people, even among themselves as healers. They do not just help patients; they help each other with their respective initiation ceremonies. Registering as professionals is a great idea, they deserve to be known for the great work they do especially by people who believe in and consult them. There might even be fewer reports of fake doctors performingÂ circumcisions on young boys. Professional healers will perform thorough, safer procedures. Disebo Lebona, 24, bank teller, Pinetown
I was young when I consulted a traditional healer. Due to my age, I did not really understand what was going on so I did not know what to make of it. In the African community, traditional healing will always be regarded as a healing process and people still believe in it. However, society has evolved and some people do not even consider traditional healing due to being exposed to modern medication. Registering traditional healers will be good for people because they will have alternative means of diagnosis. There are things that medical doctors canâ€™t explain to their patients that traditional healers can, due to their gift. Sinethemba Mthethwa, 23, biotechnology student, Morningside
I think traditional healers are the next big thing because I think they know more than doctors do. I have never been to a healer but know someone who has. The healing worked and it was cheaper that consulting a doctor. Traditional healers have a great standing in society because most of their medication works even though it lacks scientific evidence. They should be registered because their medication is cheap as opposed to pharmaceuticalÂ medicine. It also has fewer side effects than medication we get from medical doctors. Traditional medicine is also easily accessible and there is no need to order medication from other countries.

– Voxes have been edited for brevity and clarity.
– Featured image via Wikimedia CommonsÂ