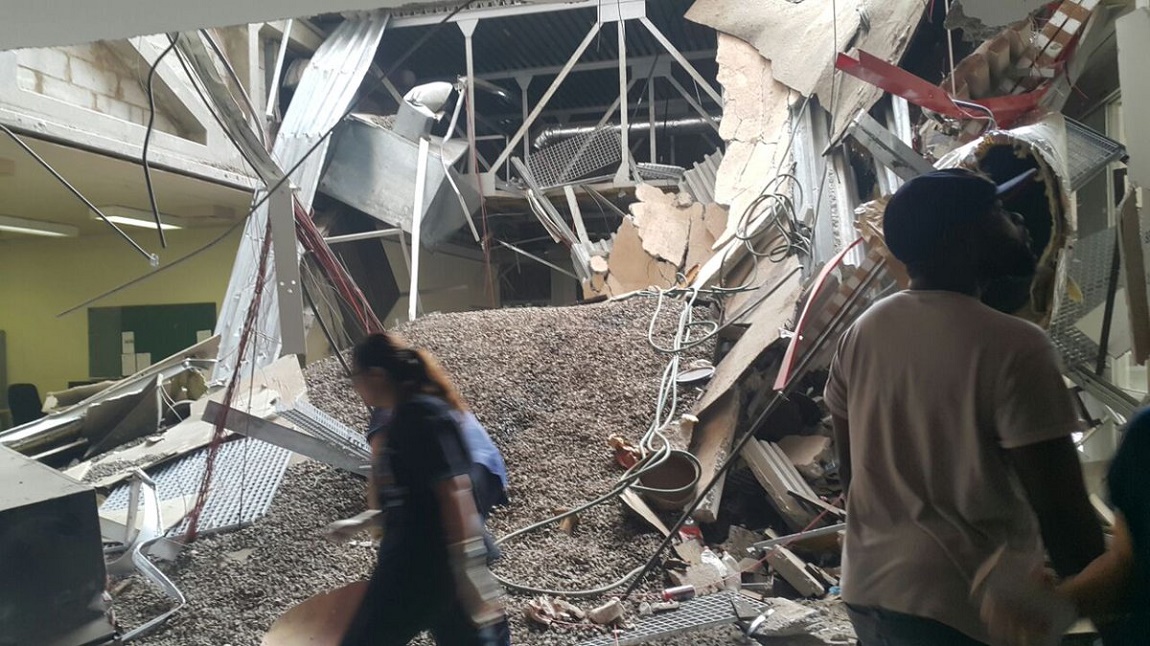 A few people are trapped under rubble after the roof of the reception area at the Charlotte Maxeke Academic Hospital in Johannesburg collapsed on Thursday, according to reports.

Power FM reported that one person was rescued from the rubble, badly injured, while according to Jacaranda FM, there have been at least five injuries: one is a patient, two are hospital staff, and two are part of a construction team that had been working on the roof.

#CharlotteMaxeke Two of the injured are staff and two are part of the construction team. One is a patient.
MV

Reports started coming in that the roof at the entrance of the hospital collapsed in the afternoon.

BREAKING >> Entrance to Charlotte Maxeke Hospital has collapsed. More details to follow as we get further details. @mailandguardian pic.twitter.com/gqTGsNbb2b

Nurses speaking to Bhekisisa said that they were not surprised that the roof caved in as there were constant water leaks.

According to the Emergency Medical Servicesâ€™ Arnold Molostane, that the roof collapsed as around 10 to 12 builders were sealing it.

UPDATE: EMS CEO Arnold Molostane
Says that builders were working on the roof, while sealing the roof it collapsed#CharlotteMaxeke

A search and rescue team, as well as private emergency services, are attending to people on the scene.

As usual, the Democratic Alliance was among the first to comment on the collapse. In his second tweet on the issue, Gauteng shadow minister for Health, Jack Bloom, said he had warned that the structure of the hospital was deteriorating.

The devastation at Charlotte Maxeke Hospital – I warned years ago that the hospital was structurally unsound. pic.twitter.com/6z7uTGLExA

In the partyâ€™s usual fashion, it was an â€œI told you soâ€ remark that had nothing to do with the people who may have been injured in the collapse.

Bloom told eNCA that the hospital’s entire structure needed to be immediately assessed and attended to. “We really need to look at the structural stability of the entire building and be sure that patients and staff will be safe,” Bloom said.

A statement from Gauteng Health confirmed the collapse took place near the maternity ward but that there is no confirmation as yet regarding how many injuries and what caused the collapse.

Do you have any information on the collapse? Tweet us, or let us know in the comments below.