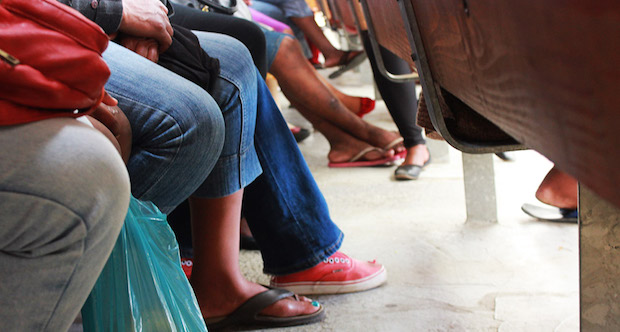 Itâ€™s been 11 years since anti-retroviral treatment became widely available in SA, improved the life expectancy and quality of life of people living with HIV. Yet ordinary South Africans are still battling the stigma that hangs over the disease. LIZEKA MADUNA chatted to some Durbanites about the issue. Yoliswa Maduna, 29, unemployed, Umgababa
People still havenâ€™t accepted that HIV exists and millions of people are living with it. Although a lot has been done to educate people about HIV and how people can survive for long while living with it, the stigma is still prevalent. The treatment is there and it can be controlled [but] people infected with HIV often hide their illness because of the stigma within society. Others donâ€™t disclose their illness because they havenâ€™t accepted that they are infected. People are still not well informed about HIV and thatâ€™s why the stigma still exists. Educating people, especially in rural areas and in townships, could help minimise the stigma. Khone Sithole, 55, domestic worker, Umgababa
HIV is still viewed as a killer disease. People living with HIV are forced by to hide their illnesses because of how communities discriminate against them; thatâ€™s why others end up hiding their status. Lack of knowledge within our community is the reason people are still struggling to accept HIV as a chronic disease. Itâ€™s important for us to educate each other instead of being judgemental because unlike in the previous years, with the treatment provided to those who require it, HIV is no longer a deadly disease. Nosipho Msomi, 23, waitress, Umgababa
Although HIV was discovered years ago, people are still living in fear; people still discriminate. In the 21st century and in a democratic state such as South Africa, everyone should be living free, regardless of their health status, but that is not the case. Government has done so much to eradicate the stigma with regards to HIV but the problem lies with us as community members. We need to learn to provide support instead of making people with HIV feel unaccepted and unwelcome. The more we discriminate, the more the disease spreads, and the more people we lose. Lerato Molepo, 23, student, Durban
The lack of effective support systems for people living with HIV has led to them feeling isolated. This is an illness which is controllable with treatment [but] the youth are dying young because they donâ€™t utilise resources provided to them, and that is a result of the stigma and discrimination. People donâ€™t disclose their illness because of how community members make them feel. The shame we bring upon them is too much to bear. Church organisations, the media and other governmental and non-governmental organisations should come together to promote awareness and say no to stigma.

Editors’ note: one of the interviews has been removed.

– Featured image by Ra’eesa Pather, all other images by Lizeka Maduna