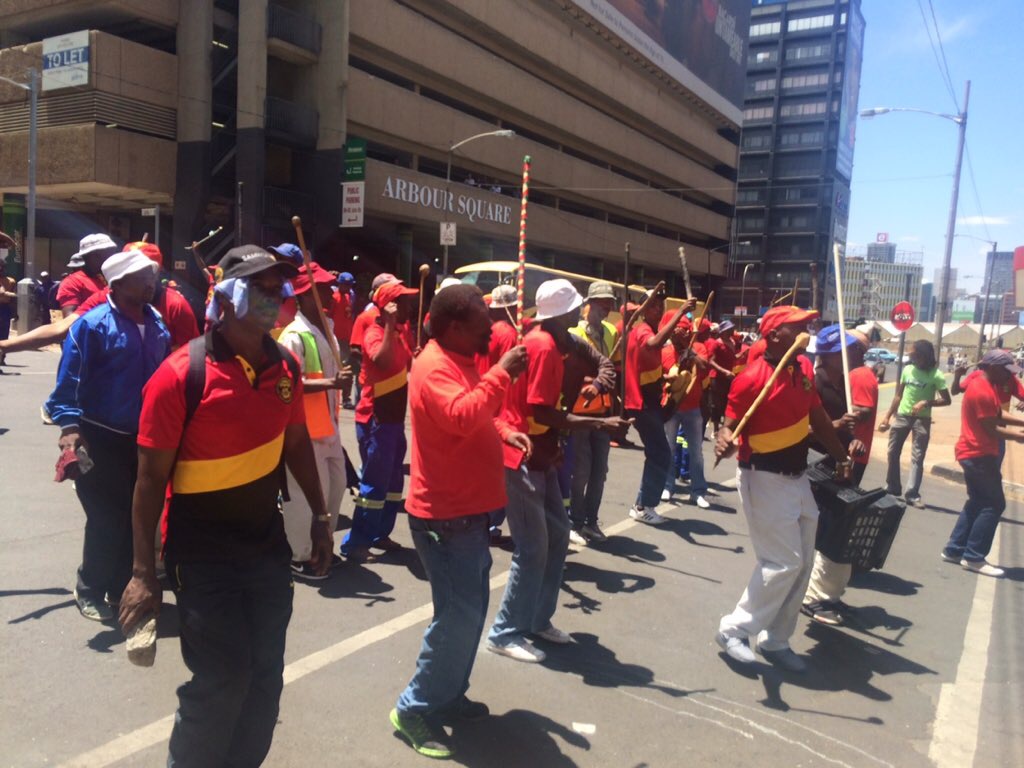 By Thursday afternoon, more than 13 workers had been injured as a result of police firing rubber bullets.

Some workers claimed that live ammunition was used during the three-day strike.

But police spokesperson Lieutenant Colonel Lungelo Dlamini said only rubber bullets were used to disperse the crowd, and that these had been used only after workers had smashed windows of the Pikitup Headquarters and attempted to set it alight.

Workers from the South African Municipal Workers Union (Samwu) downed tools on Tuesday to demand a salary increase, better working conditions and for the company’s managing director, Amanda Nair, to step down.

Workers have accused Nair of corruption, nepotism, bad management and of victimising workers. Theyâ€™ve also accused Nair of placing only Indians in senior positions while employing friends and family into the company. Pikitup has faced scandals over corruption and nepotism going back years.

Maureen Ndlovu, who has been working for the company for 27 years, said Pikitup workers were the least paid compared to workers from other utilities such as Johannesburg Water and City Parks.

“We reached boiling point when Nair refused to provide transport to our colleague’s funeral over the weekend, said Ndlovu.

Ndlovu said the company had scrapped the workers’ benefit to be transported to funerals of colleagues without communicating with workers.

However, the waste removal company’s spokesperson, Jacky Mashapu, dismissed claims made against Nair and the company.

Mashapu said the company was shocked when workers embarked on a strike because they were not aware of the workers’ grievances.

“We were only made aware of the workers’ demands through media reports. None of these had come to our attention before,” she said.

The decision to do away with the funeral transport benefit was made after the company realised that workers were without food and accommodation when they got to the funerals, she said. Instead, the company had decided that instead of providing transport to funerals for workers, it would pay a compensation fee would to the family of the deceased.

Responding to the allegations of corruption, nepotism and poor management, Mashapu said: “These are still allegations until proof has been provided. We appeal to the union and workers to bring forward whatever proof they have, so that it be put to test,” said Mashapu.