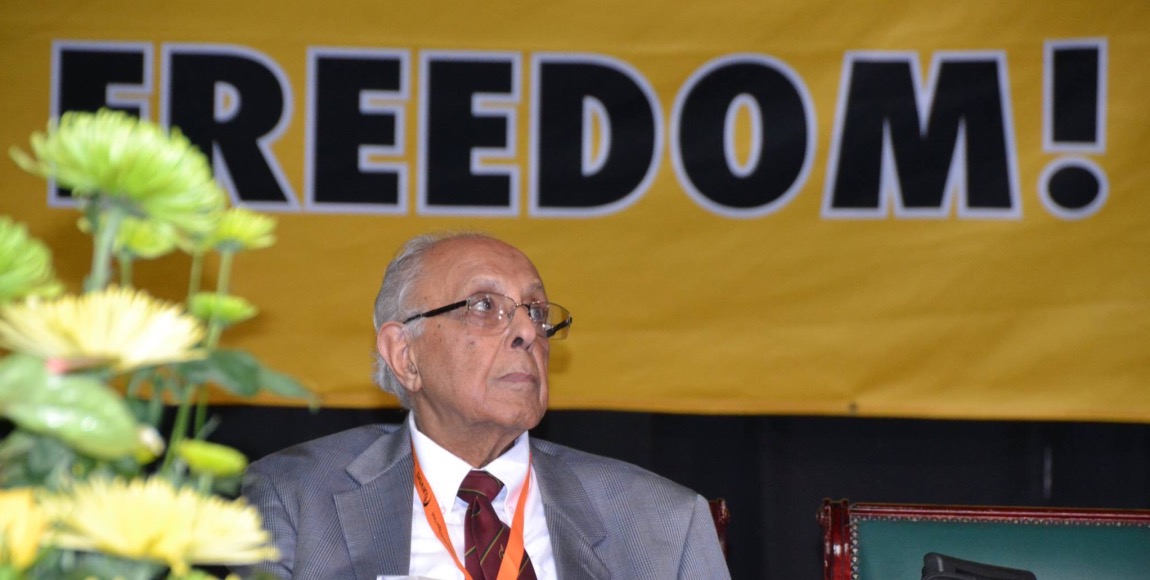 Political parties have paid their respects to Ahmed Kathrada, with statements remembering the South African hero’s contributions to the nation, and conveyed their condolences to his friends and family.

Kathradaâ€™s political home, the African National Congress, said “Uwile umthi omkhulu, (A great tree has fallen)” and quoted the Muslim holy book, the Qurâ€™an, in verse that read, “be firm and patient, in pain (or suffering) and adversity, and throughout all periods of panic. Such are the people of truth, the God-fearing” (Surah Al Baqarah: 177).

His life is a lesson in humility, tolerance, resilience and a steadfast commitment to principle, even when taking a principled stance would place him at odds with his comrades. Uncle Kathy, despite disagreement with the ANC leadership from time to time, never abandoned nor turned his back on the ANC and always affirmed that the ANC and the ANC alone was the only political organisation that reflected the values and aspirations of all South Africans.

The party said the country had lost â€œa titan, an outstanding leader and a great patriot,â€ adding “We mourn this great Son of Africa, we salute his life.â€

#ANC dips its revolutionary banner in mourning on the passing of Isithwalandwe/Seaparankoe, Comrade #AhmedKathrada pic.twitter.com/KIdXm1Edrv

Democratic Alliance leader Mmusi Maimane wrote that Uncle Kathy â€œembodied a profound sense of compassion and an unwavering commitment to true justiceâ€ and had “relentlessly fought for the freedoms we cherish today”.

My hope and dream is for a South Africa in which we give life and meaning to the legacy of our fallen hero, Ahmed Kathrada, by building a nation that truly bridges the divides which have for so long separated us from living united in our diversity.

Hamba kahle Uncle Kathy. May your unwavering commitment to justice and reconciliation live on in all of us.â€

The Economic Freedom Fightersâ€™ Mbuyiseni Ndlozi said that the party is â€œimmensely saddened of the passing of struggle stalwartâ€. The party chose to focus on Kathrada’s “uncompromising” opposition to corruption.

â€œAs a country, we must all learn from the selflessness of Uncle Kathy, always prioritising the marginalised and ensuring that their voices are heard and respected. We must adopt an uncompromising posture at all times in the fight against corruption as he did. We must be prepared, as he did, to pay even with our lives and imprisonment if needs be as he did.

â€œThe EFF stands in solidarity with his family and loved ones during this difficult time. We call on all South Africans to unite as we bid Ahmed Kathrada a final goodbye. Rest in Revolutionary peace, Uncle Kathy!â€Â the party said in a statement.