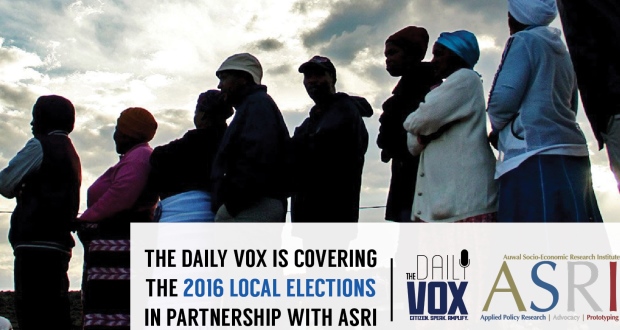 Democracy is not meant to be a VIP event. One human. One vote. But some politicians woke up this morning thinking their vote was more special than others. Here is how some of our good politicians cast their ballot. Some walked, others didn’t. Some cut corners while others stood in line.

She then said:Â “I am so pleased to see that our democracy is beginning to stabilise and people are becoming more and more aware of the value of their vote. I have travelled the length and breadth of our country and I am so proud to be a South African.”

This is what happens when you stand in a queue for the first time in five years.

Then there was the ultimate gentleman Kgaglema Mothlanthe, who was also chilling in a queue, waiting to vote for *cough*cough*. You know what they say about nice guys.

Former president Kgalema Motlanthe has been standing in the queue since 11am @AfriNewsAgency #ElectionDay #LGE2016 pic.twitter.com/EH6kHug14X

Tshwane’s mayoral candidate Thoko Didiza had no qualms standing in queue. It actually might be the first of many queues for her. And then, there had to be that one guy.

Reeling from reports that the FBI had an arrest warrant out for him, Danny Jordaan feltÂ no need to stand in queue like ordinary South Africans. It’s not like they brought the World Cup home, or something. And hey, PSA, apparently the FBI is searching for aÂ Danny Jordaan, just not our Danny-boy.

#Elections2016 Mayor Danny Jordaan has made his mark in PE. He cut the queue in case you’re wondering. pic.twitter.com/HYq5gCWIfR

In what must count as the most horrifying moment of his life, former President Thabo Mbeki waited patiently for an IEC official to verify his identity. It must be ‘cos Mbeki is an African.Â

Mbeki with the Good Hair’s nemesis, Msholozi, cast his vote in Nkaaaaandla. (hehehehehehehehe) And, he too, had the decency to stand in the queue.

We don’t have any photographic proof of ol’ Buffalo Bill, the deputy president, but Redi assures us he too queued.

DA leaders Mmusi Maimane went to his old high school in Randburg to vote. Reports that he was looking for Mandela on the ballot paper have been quashed by the DA, who said Mmusi was channeling Madiba, like he channels Obama.

#Elections2016
Maimane casts his vote at his high school in Randburg. GN pic.twitter.com/yK3VBAo8RE

Julius Malema, leader of the EFF arrived with his gogo and wife to vote in Limpopo. That’s three fewer votes for the ANC already! Ooh, game on!