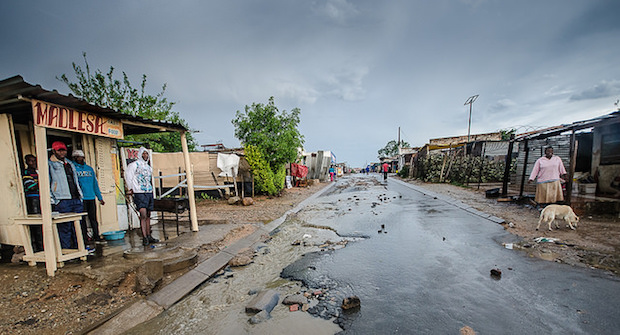 In less than a month, some of South Africaâ€™s richest CEOs will sleep on the streets for the 702 Sun International SleepOut. The eventÂ aims to raise money for homeless people, but unfortunately, the CEOs seemed to have missed the memoÂ on what it actually means to be homeless, writes RAâ€™EESA PATHER.

The SleepOut is marketed as an â€œinaugural eventâ€, an opportunity to â€œrise to the challengeâ€ and â€œspend a night under the starsâ€. ButÂ homelessness is not an event and the millions who sleep on the street might not shareÂ this romanticised idea of life on the streetsÂ in the cold of winter.

Homelessness affects the health and well-being of millions of South Africans. Every year, dozens of South Africans die of exposure or in fires caused when braziers used for warmthÂ topple over. A study in June 2010 reportedÂ that 50% of homeless people suffer from mental illnesses.

The 702 Sun International SleepOut, which follows hot on the heels of a global SleepOut campaign, will raise funds for Girls & Boys Town â€“ a non-profit that cares for underprivileged children and families. Â Yet, as the CEOs prepare to take to the streets armed with sleeping bags and blankets for one night on 18 June, many South Africans wonâ€™t even have the option of a blanket to keep warm throughÂ theÂ winter.

â€œWhen I die and go to heaven, God will know what situation turned me to be corrupt sometimes,â€ Trevor Gertz told the Mail & Guardian in a 2014Â article on homelessness. â€œItâ€™s not easy for me because Iâ€™m a hobo, so I cannot go to a person who is not a hobo and say, â€˜Sorry, can you help me? Iâ€™m hungry.â€™â€

Sleeping on a well-lit sidewalk in Sandton, surrounded by friends and cameras, with the knowledge that you can return to your warm bed tomorrow is nothing like sleeping under a dark bridge not knowing if tonight is the night a stranger will steal everything you own, assault you, or call the policeÂ to kick you off the kerb. This publicity stunt simply doesn’t sit well.

The SleepOut has raised more than R10-million and so it could well help those who need it, but being charitable should be done with respect for the dignity of those who live harsh realities.

The voyeurism of initiatives like the SleepOut may doÂ more to laud people â€œusing their influence to change the livesâ€ of street children than it might to actually engage with the children and families who they are talking about.

â€œSustainable change in poor communities is more than the sum of its financial donations,â€ Roenigk writes.

How many of the CEOs will rally forÂ the systemic change needed to create jobs and housing opportunities, rather than writing a fat check after taking advantage of the marketing and networking opportunities that this event will bring?