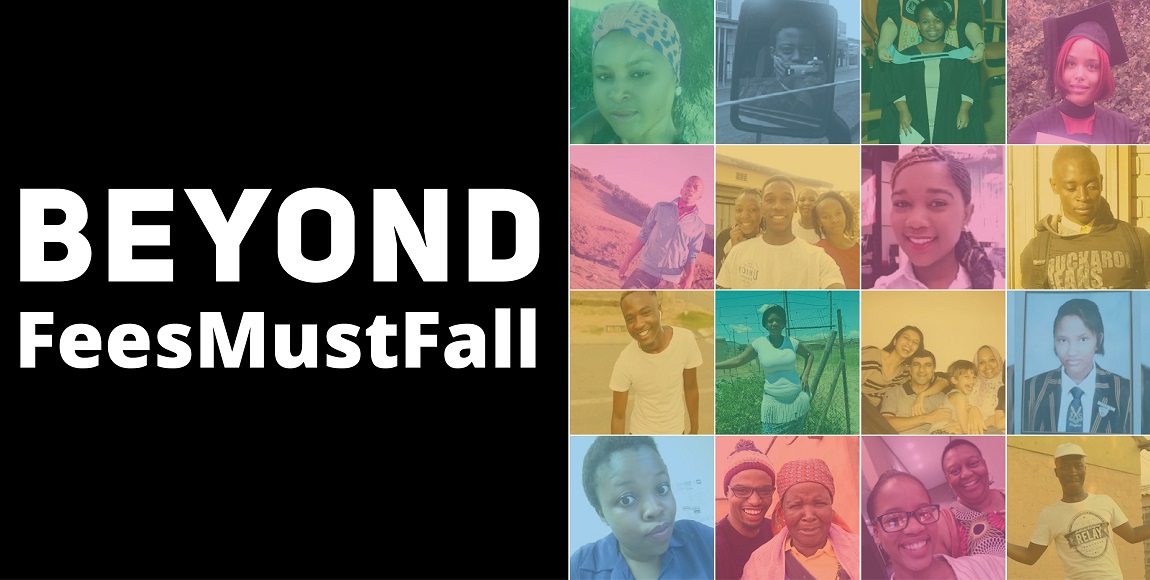 The Daily Vox has launched a six-part series, Beyond Fees Must Fall, that tells the stories of the young people struggling to access higher education in South Africa.

Beyond Fees Must Fall goes behind the activism of the Fees Must Fall movement and prioritises young South Africans facing extraordinary challenges – some depending on basic grants and pensions – and brings the discussion to those who matter.

â€œThe series is about drawing attention to the everyday struggles that people face in trying to get a tertiary qualification. So many think itâ€™s so easy to â€˜just work hard and studyâ€™, but itâ€™s not that simple,â€ says The Daily Voxâ€™s managing editor, Nikita Ramkissoon.

â€œThis project is about looking outside of the student movement and putting into perspective the fact that these prospective students will be the first in their families to study, and that they face hurdles that are unspoken, yet very common.â€

Part 1: The Self-Funders and Sole BreadwinnersÂ

Part 2: Pulling Families out of PovertyÂ

Part 5: The Do-Gooders and World-Savers

Look out for Part 6 – to be published soon.

The Daily Vox was founded in June 2014 as an attempt to provide an alternate approach to news in South Africa. In September 2016, The Daily Vox was awarded a silver prize in WAN-IFRAâ€™s World Young Reader Prize in the public service category â€œfor helping young people provide a counter-narrative to what was being reported in many mainstream publications about the #FeesMustFall campaign against rising university tuition chargesâ€.

At the time, the jury describe the coverage as â€œa great example of a successful digital product launch on the wave of a national protest and widespread social change”.

The Daily Vox, launched on 16 June 2014, is an independent news website that tells the story from the youth perspective.

In December 2016, The Daily Vox entered into a content partnership with the Mail & Guardian. The partnership looks to add some stability for the company while not interfering with the editorial independence of the unit.