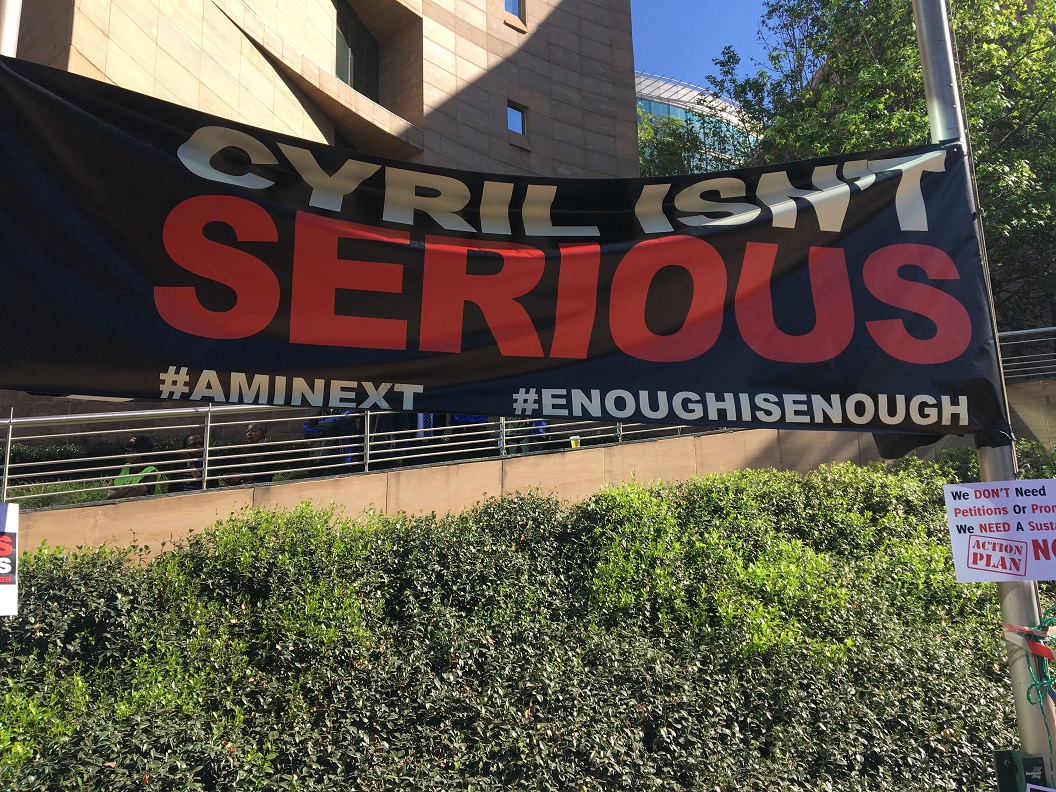 Read more: In Pictures: The #SandtonShutdown Protest Against Gender-Based Violence And Femicide

Now president Cyril Ramaphosa has launched the private sector-led gender-based violence and femicide response fund. At the virtual launch on February 5, Ramaphosa said: “Gender-based violence impacts us all. It has social, psychological, financial and political effects. These effects are insidious, intergenerational and long-lasting, not just on the survivors but the rest of the society.”

The fund comes from the hard work of civil society organisations and grassroots organising. In 2018, The Total Shutdown movement organised marches around the country and in Southern Africa against GBV. During the march to the Union Buildings, they presented the government with 25 demands.

From those demands, a national summit was held culminating in the signing of the declaration on GBV and femicide. In 2020, Ramaphosa approved the National Strategic Plan (NSP) on GBV. The plan has six pillars which include prevention and building social cohesion, strengthening leadership and governance and improving access to support for survivors.

In the NSP, it is mentioned that: “Given the enormity of the task, a multisectoral GBVF Fund, drawn from the private sector and other stakeholders, will focus on resource development to complement the fiscus.” This fund forms part of the pillars of the plan.

Various private sector companies have donated millions of rand to the fight against gender-based violence. On Thursday it was announced that Absa pledged R20-million, Anglo-American R30-million and the Ford Foundation R20-million. Other companies/businesses that pledged were Aspen (R500 000), Santam (R500 000), MTN (R5-million), and Vodacom (R10-million).

The GBV Response fund’s board will be chaired by Wits chancellor and businesswoman Judy Dlamini.

Ramaphosa said: “Many of our citizens have to live in fear because they are women and girls. With your financial support, we will be able to step up support by expanding scope at national, provincial and community level.”

Read more: The Total Shutdown: One Year On

Speaking to The Daily Vox, the Black Womxn Caucus’s Keitumetse Fatimata Moutloatse said one of the biggest hindrances to finding sustainable interventions into GBV has been funding and resourcing. “We’ve seen a deepening silence from the private sector on a lot of social ills facing this country. Yesterday was an important moment for setting precedent for this country but also globally [around private sector involvement]. We really welcome the intervention and the establishment of the fund,” said Moutloatse.

While the fund has been welcomed by government and civil society there are of course concerns. South Africa has a long and unfortunate history with corruption. Even as the coronavirus pandemic devastates the country there has been looting and stealing of those resources.

Moutloatse said she resonates with the concerns of many South Africans around the safety of the money that is going to be mobilised through the fund. She said there needs to be ethical accountability.

“We are calling for a greater representation of civil society on an administrative level to ensure these resources are distributed equitably and are also able to reach grassroots levels organisations that are predominantly organising in rural spaces.”

Ramaphosa promised during the launch that government departments will be held accountable for holding up pledges made towards the NSP.