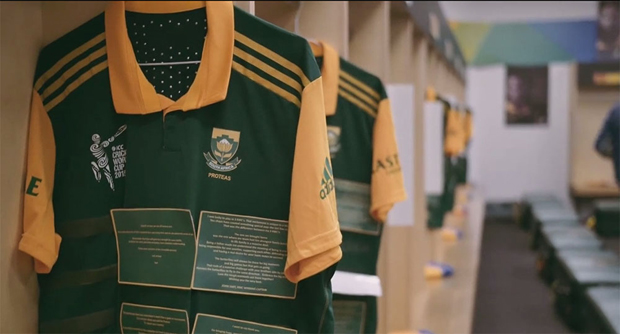 What keeps the Protea fire burning? Well, you do, South Africa. In theirÂ latest World Cup Diaries video the Proteas share some of the messages that have been sent along to help inspire themÂ in their training and their play.

The messages come from all over the country – be it top rugby or soccer players, the cricketers’ family members, or ordinary fans – and a posted up in the locker room to help the players rememberÂ the people who are rooting for them throughÂ theÂ tournament.

â€œBeing on the other side of the world and just knowing that people back homeÂ are really behind you and wanting you to do well is something really special,â€Â Wayne Parnell says in the video.

GivenÂ the Proteasâ€™ resounding victory this morning over Sri Lanka to reach the cricket World Cup semi-finals, the messages of support seem to be doing their job.

Watch the video to see whoâ€™s been sending the messages, and what the Proteas have been doing with them: