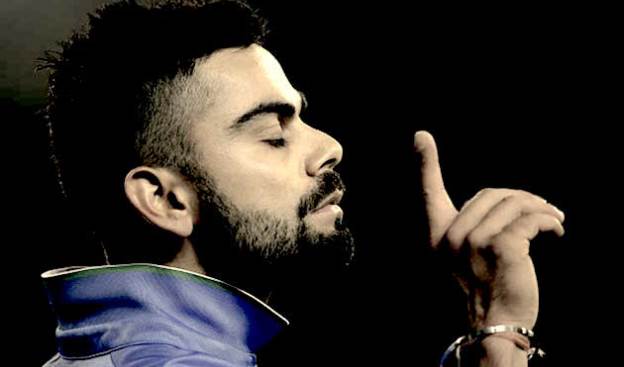 MS Dhoni taps a tame James Faulkner full toss to the wide long-on boundary and India record a famous victory. At the non-striker’s end, Virat Kohli removes his helmet and drops to his knees in a spectacular sequence. It’s Easter Sunday after all, and if you didn’t know any better, you’d think Kohli had just triumphed in a holy war.

The city of Mohali, bathed in shallow lights, reaches a crescendo. If India do notÂ progress any further in this competition, it doesn’t matter. Australia
has always been its reckoning.

Kohli would go on to describe his knock, 82 off 51 balls, as his best innings in this format. And so he should.

It was a majestic innings, characterised by precise stroke play. He pushed the ball around scoring 20 in singles, lapped up seven tight doubles, and later carved a series of 11 boundaries to send his team to the next round of the competition.

Chasing 161 in a high-pressure quasi quarterfinal is a tough ask. But chasing 67 in the last six overs after Suresh Raina, Yuvraj Singh & Co. faffed around up the order is an achievement in itself.

But itâ€™s more than his stroke play that brings Kohli such triumph.

There is a viciousness in his eyes. He wants to win. He wants toÂ conquer. He will shed blood and rise above a scorched earth with aÂ London cut. He wants to be a hero.

And so he will.

I am envious because the Proteas performed at the World Cup like a troop of club cricketers at an exhibition match.

I am upset that we have yet to find a general prepared to nurture, steer self-expression. Only a genius like MS Dhoni, with his unpredictable bowling changes, and hawkish field placements, could rear a team of faithful. He is not the only one. New Zealand’s prosperity is Brendon McCullum’s legacy.

In the coming days, columns and cricket talk-shows will be dedicated to Kohliâ€™s performance. Only the myopic would discount Dhoni’s timely interventions in the field and towards the end when Virat seemed to have been taken away with it all. And watching this India team, there is a certain decisiveness in their posture. Dhoni understands his players and they bend to his will. T-20 cricket requires a captain as pursuant, not a gentle well-wisher.

Unfortunately, our boys are too gentlemanly to draw a Virat-type viciousness required to playÂ as men of steel.

In stark contrast to Kohli’s heroics, our boys would have been sitting last night in their hotel rooms watching the spectacle unfold at Mohali and wondering where it all went wrong for them.

In the days to come, we can of course talk about mistakes made on theÂ field; poor execution by our bowling that saw us concede 41 extrasÂ (before our final game with Sri Lanka), or poor short selection thatÂ saw our proud Protea stalks fold like petty flowers. Or they canÂ instead, talk about our approach as a unit.

Enough with the mollycoddling. It is one thing for a team to lose to a better team, but to be kicked out in the opening round of a tournament due to of a lack of imagination and preparation, is unacceptable. This is certainly not matter of “transformation”, instead itâ€™s a question of our approach to games and tournaments.

Is there accountability in this team, or have we presumed a “try-harder-next-time-boet” approach? Are lessons being learnt or do we always have ready-made excuses? How else do we explain such poor approaches (bowling with little variation) to old challenges (slow low wickets)?

Accused ofÂ choking so often, did our boys forget they still need to breathe?