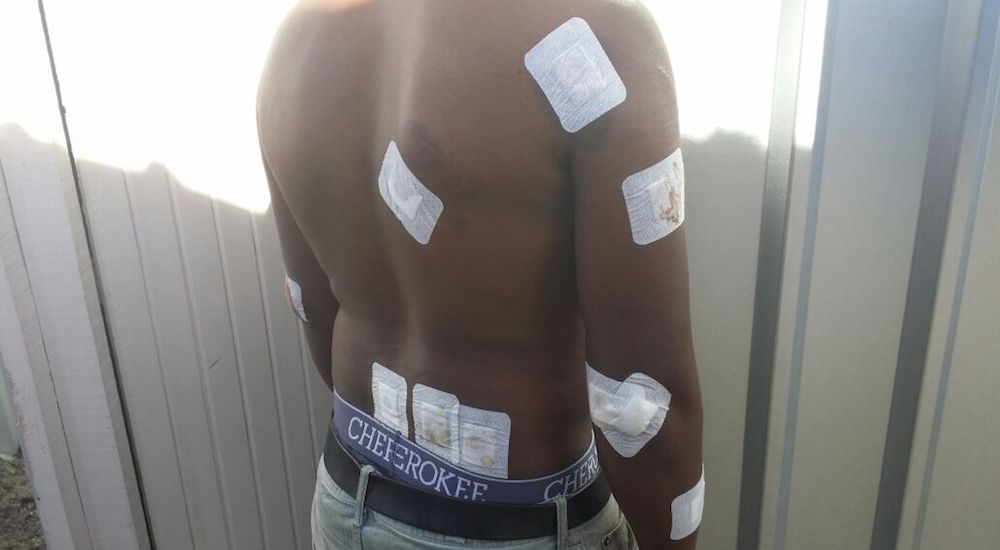 SAPS spokesperson Andre Traut would not offer details about the incident. He told The Daily Vox that â€œthe circumstances surrounding a fatality regarding the Hout Bay protest are being investigatedâ€. The matter has been referred to the Independent Police Investigative Directorate.

Ndude was admitted to the hospital with a gunshot wound. Groote Schuur Hospital spokesperson Alarick Jacobs said he passed away at 9:45am on Tuesday.

Ndude was the younger brother of the chairperson of the Imizamo Yethu Movement, which has been advocating for proper housing for residents displaced by the devastating fire that destroyed 4 500 homes in the area in March.

â€œWe are faced with a dark cloud where one of our community members have fallen in the struggle… for the better life of our people,â€ said Lungisa Bezile, chairperson of the Masakhene Bantu Housing Association. He said the organisation is communicating with police and is looking at footage of the protest to find out more about the circumstances of Ndudeâ€™s death.

A member of the Ndude family, who did not want to be identified, said the family is in mourning. “Songezo was a young activist. His death will not be in vain… His death will give us the power to continue the struggle onwards,â€ she said.

Over the past three days, about 200 residents have been protesting over a lack of services, cramped housing conditions and the slow progress of reblocking in Imizamo Yethu. Eight people were detained during the protests. They have since been released.

On Monday, police used stun grenades, tear gas and rubber bullets to disperse crowds after residents blocked roads with burning tyres and trees. Ndude is believed to have been shot during the course of this protest.

Chewo Lubese, 42, told The Daily Vox police shot him in the back at least nine times during protests outside the local police station. â€œThe police said, â€˜No, the toyi-toyi [protest] canâ€™t go in the police station.â€™ So that time I said okay, I just take my walk, I just turned around. The police shot us on my back as I was [walking away].â€ Another protester, Mskeli Mlotya said his leg had been severely burned when police fired a teargas cannister into the crowd. City of Cape Town mayoral committee member JP Smith has accused the community of violence and criminality during protests and said protestorsâ€™ behaviour was â€œriotousâ€.

But residents like Bezile say violence is not their intention when protesting. â€œThe movement and actions that we have seen, and the response that SAPS has given to our people, is really disturbing.â€

â€œIn any protest, SAPS law enforcement should have ways of dealing with people in such crowds, not having guns pointed into our people because that actually is a sign of which people are perceiving as an intimidation.â€ This, he said, is what provoked the crowd.

A resident says babies are being affected, inhaling tear-gas. They are appealing to police to stop provoking them .. #HoutBayProtest pic.twitter.com/CitFCr69Zi

â€œWe are appealing to… all spheres of government that it doesnâ€™t have to be this kind of action for them to respond to the needs of the people. It is very important that people have to be looked at [and] given basic services that they actually require for them to live a better life,â€ said Bezile.