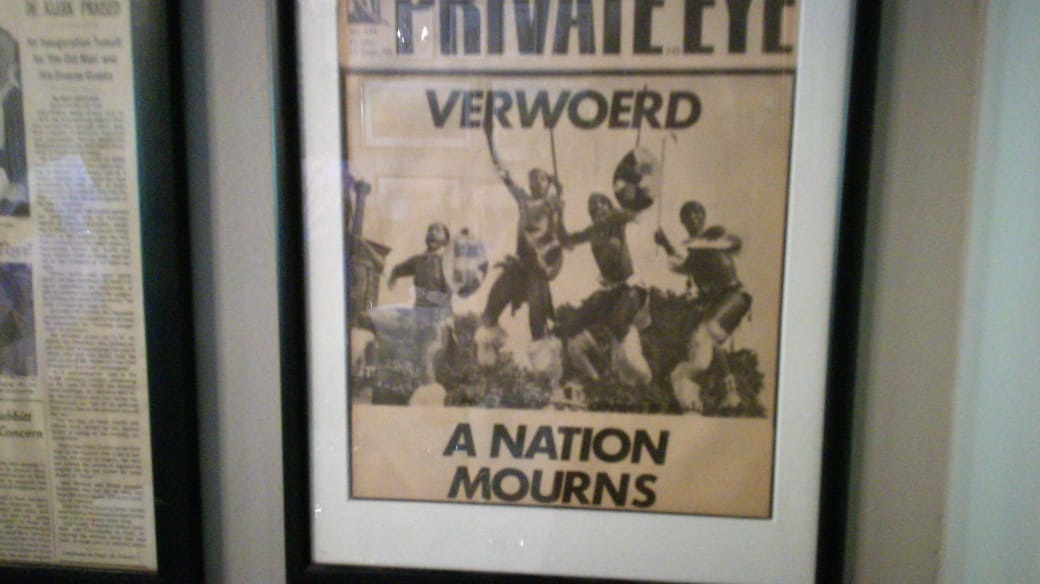 The Quentin at Oakhurst, a restaurant nestled between the leafy suburbs of Constantia and Hout Bay. Its walls are decorated with memorabilia from colonialism and early Apartheid. An image akin to the old South African flag captioned ‘The South African flag as proposed by the State’ and (trigger warning: description of racial violence) an image showing a group of white British soldiers standing over a pile of dead black people form part of the countless images of frontier wars, encounters between settlers and natives and old newspaper clippings. Its website ensures ‘superlative food and hospitality reminiscent of a bygone Colonial era of refinement await,’ writes DANIELLE ALHEIT.

Quentin, the chef and owner, explains, “I think it’s an expression of one’s heritage. I don’t think its a complete expression of the South African story by a very long way.” He cites a lack of access to print material as part of the reason why. He also asserts that this is history, “we need to know that these things went down.”

Apartheid Denialism And Freedom Of Speech

There does seem to be some attempt to represent resistance. A newspaper clipping with an image of Nelson Mandela, fist raised, hangs next to a clipping from the satirical publication Private Eye, headlined ‘Verwoerd, a nation mourns’ with an image of men dressed in traditional Zulu regalia dancing in celebration.

But neither subjectivity nor a neutral presentation of history show in the way colonisation is being framed; here, the colonial era is associated with refinement and progress, to be looked upon nostalgically. The image of Mandela and the satirical piece on Verwoerd do not shift this. In fact, they exemplify the way white liberals typically obscure the systemic and collective nature of racism in a thin veil of inclusivity and disapproval of, particularly, racist individuals.

Why apartheid must never be forgiven

By reducing racism to the actions and attitudes of individuals we obscure that it’s also a social and economic structure. Historically, individual whites in positions of power enforced structural racism but, generally, communities of ordinary white people co-operated willingly and independently reinforced it. The purpose of liberal narratives on racism is certainly not to eradicate it but to make it more palatable to our own selves – to re-legitimise it. Basically, we close our eyes, cover our ears and say ‘lalalala I’m not racist’ really loudly so we can carry on being racist.

If we acknowledge the structural nature of racism then we must consider that we are socialised in a racist context. This means our way of being and of comprehending the world and ourselves is by no means neutral or universal. In the restaurant, a row of wagon wheels lines one of the walls. Quentin explains they represent agricultural and industrial development in South Africa. The first is the most rudimentary wagon wheel and the last, an early train wheel.

Decolonial thinkers like Walter Mignolo point out that colonisation and modernisation are like two sides of the same coin and that’s exactly why modernisation must be problematised. They point out this linear understanding of colonisation as an inevitable part of human progress is simply a way to justify it. The assumption that modes of existence brought about by the European process of modernisation is the pinnacle of human progress and should be the norm makes universal something that just is not. To add to this, colonisation meant the destruction and disruption of many agricultural, medical and economic systems that were undergoing their own process of development alongside Europe’s.

We must understand coloniality if we are to dismantle it

Quentin seems to share in this understanding. He commented, “colonisation mustn’t be confused with civilisation.” But again this does not show in the restaurant’s display. Instead, the wagon wheels emphasise the progress narrative and obscure that embedded in “development” is the fact that white people killed, incarcerated, enslaved, exploited, expropriated the land and eroded the lifeways of countless black people.

The significance of all this is that white supremacist racism is still alive today, both structurally and in how white people understand ourselves. The way one tells their history is so indicative of one’s self-understanding. This restaurant exemplifies how we’ve used liberal narratives on racism to obscure a self-understanding rooted in conquest and power so that we can continue to reproduce it. We must do better than this. It starts with acknowledging our position as beneficiaries of systemic racism but certainly does not end there.

Quentin at Oakhurst can and must make an active change – in the same way white communities generally must. The restaurant can be more representative of the owner’s views, but what would it look like if an artist of colour with decolonial politics exhibited their interpretation of the colonial era on its walls? There might be an artist out there willing to do this work. They should be reimbursed extensively for their work and for the service of intellectually enriching the white clientele. Generally, whites have failed to do the work of meaningfully grappling with these issues and Quentin at Oakhurst can be part of changing this. 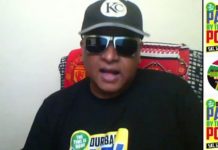