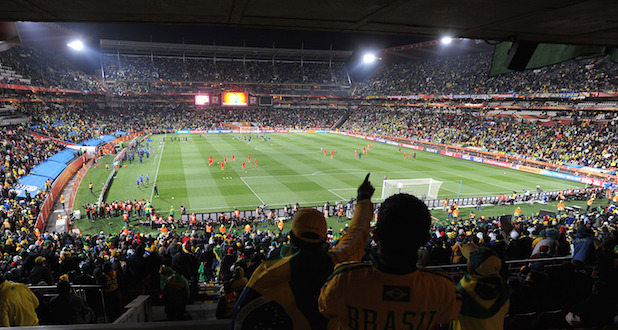 As soon as the curtain was dropped on the 2014/15 PSL season, football fans turned their attention to the transfer window. MICHAELSON GUMEDE looks at the most notable signings made during the break.

Siyanda Xulu
Xulu, who left the country to join Russian side FC Rostov in 2012, has made his PSL comeback with Kaizer Chiefs. He made 30 appearances for the Russian outfit and helped them win the Russian Cup in his debut season. Xulu, a Chiefs alum, brings with him a wealth of experience, which includes playing in the Europa League. Chiefs had the best defensive recordÂ last season and the 23-year-old is expected to fill the boots of former Chiefs captain Tefu Mashamaite, who was the player of the season in the previous campaign â€“ a tough ask.

Itumeleng Khune
In the transfer that never quite materialised, Itumeleng Khune looked all set to leave Kaizer Chiefs. It was reported that the former Bafana Bafana captain had demanded twice his salary. He was branded as â€œdisrespectfulâ€ by club Chairman Kaizer Motaung who accused him of holding the team “ransom“.

But negotiations between his absent agent and his team broke down, and the 2013 goalkeeper and footballer of the season found himself club-less on the eve of the 2015/16 campaign. In the end, the â€œSpider Kidâ€ had to swallow his pride, stay home, and reportedly take a 20 % salary cut.

Chiefs have a wealth of talent to call on in Khune, but head coach Steve Komphela said Khune would not be allowed to jump back into the team; he will have to fight for his position between the sticks.

Keagan Dolly
Young Keagan Dolly â€“ who was voted 2013/14 PSL Young Player of The Season and has already made his Bafana debut â€“ has spent the last few years ping-ponging back and forth between the team he began with in his youth, Mamelodi Sundowns, and Ajax Cape Town, only to return home to Sundowns this season. Dolly shows immense promise but will he be able to break into the star-studded Sundowns line-up?

Bongani Khumalo
The former Bafana captain had a disappointing stint 2011 stint at Tottenham Hot Spurs where he made zero competitive appearances for the club. After seasons spent at PAOK, Doncaster Rovers, Reading, and Colchester United, travel-weary Bongani Khumalo has now returned to SuperSport United, the team with which he won three straight PSL titles.

Khumalo comes with a wealth of experience and still has several years left in his legs. His international experience will be key for Matsatsantsa.

Mark Mayambela
Mark Mayambela, affectionately known as The Professor, is Chippa Unitedâ€™s latest acquisition. After spending one season in Sweden with DjurgÃ¥rdens IF, Mayambela came back with international experience and greater maturity. Mayambela showed why he is a crowd favourite when he shibobo’d Willard Katsande on his Chippa debut.

It has been a long time since the PSL has a crowd-pulling player like this (weâ€™d have to go back to the archived days of Jabu â€˜Shuffleâ€™ Mahlangu.) Mayambela could well be the player that brings South African football back to the heights of the Doctor Khumalo era.

Michaelson Gumede is The Daily Vox’s sports reporter. Got a story idea or want to get in touch? Follow him on Twitter.