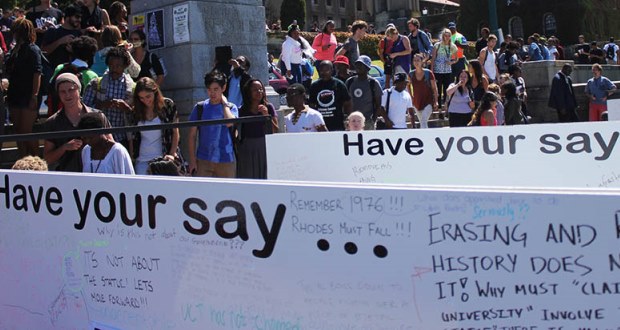 Our recent stories about discrimination and transformation at the North West University’s Potchefstroom campus have struck a chord with readers, many of whom have expressed their views in the comments sections. One Pukke student, who asked to remain anonymous, emailed us about her own experiences on campus.

Firstly, I would like to thank you for affording my fellow student the opportunity of voicing her opinion on the touchy subject of racial discrimination in Pukke. You have provided much-needed solace for those of us who thought that we are alone in this predicament.

Our fellow Afrikaans students tend to respond with animosity regarding this issue as they believe that we want to do away with Afrikaans as a whole in the university, however, this is not so. Classes are already divided into those with translation services and those without translation services. All that we ask as the English-speaking students is that the classes with translation merely be changed to classes where lecturers themselves communicate in English.

The university hides behind notions that the transformation will be more expensive. I beg to differ; the translation services are more expensive than the English lectures. All of my lecturers know English, this is evident in that they often lose track of themselves and speak in English when an English student poses a question to them.

Most Afrikaans students tend to refer to the fact that the Mafikeng campus offers its lectures in English. However, as a student who recently transferred from the Mafikeng campus, may I say that the facilities in Mafikeng are below par: the residence buildings are not well maintained as are the lecture halls and the library. If the Afrikaans-speaking students were to be transferred there, they would be up in arms, refusing that notion.

The racial tension in Pukke is not necessarily the university’s fault. The students who attend this university are from all walks of life and thus come with their own ideologies. However, the university’s failure to accommodate English-speaking learners [while]Â ensuring such a high level of comfort to the Afrikaans-speaking students so that they are taught in their home language encourages the notion that they are superior to learners who do not speak the language.

Pukke’s policies do not promote the values and principles of the constitution, which are in fact the policies of this country. The three campuses are not three branches of a tree but three separate trees in one garden, where these trees are not watered according to the notion of equality, but [for] convenienceÂ – the kind of convenience that leaves one party completely satisfied and the other with the short end of the stick.

NWU has encouraged students to report any incidents of racial discrimination to its independent Human Rights Commission, which is tasked with investigating complaints. To do so you can email Anton ScheppelÂ or see him in person at his office inÂ Building C12, near the Institutional Office (C1).