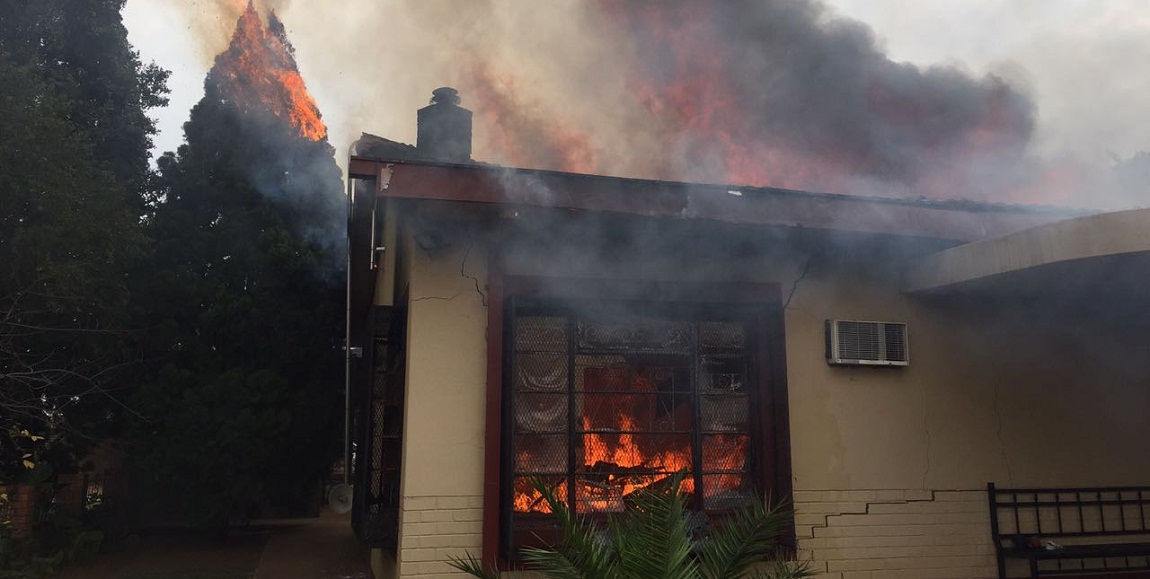 Five fallists unpack the pre-existing conditions and environmental factors that led to the death of 16-year-old Matlhomola Moshoeu, and the treatment of the farmworkers who were arrested for his alleged murder.

On the 8th of May, two white farm workers were granted bail of R5 000 each for the alleged murder of 16-year-old, Matlhomola Moshoeu in the town of Coligny in the North-West Province. Their version of events is that Moshoeu was caught stealing sunflowers and fell to his death while they were transporting him to the police station. An eyewitness maintains that Moshoeu was badly beaten up and deliberately killed by these two men.

Following the bail hearing, members of the community took to the streets, protesting against racism and in pursuit of justice for Moshoeuâ€™s death. Conversations emerging out of these events highlight deeply entrenched and racist systemic issues that ought to be unpacked. A symptom of these systemic issues is the disproportionate and violent responses to Black childhood by white men. Recently, South Africans expressed outrage at the violence doled out on Black children by a white man at a Spur restaurant which begs the questions: Why is it that white men respond this way? Why are Black children denied childhood innocence?

A child picking a flower is an inconsequential everyday occurrence and something far from a crime, yet the white men immediately criminalised this action. Would this response have been different had it been a white child? White children are often afforded a child-like innocence that black children are not. Why not take the child to his parents, to be reprimanded as a child, rather than dehumanised as a criminal? The white farmersâ€™ response to Moshoeu is symptomatic of the long-history of white supremacy and the dehumanisation of black people. It plays into a long-standing global tradition of whiteness being defended with disproportionate violence towards black bodies.

The racist double standards of the courts also need to be problematised and boldly scrutinised. Napoleon Webster, a Marikana activist, was denied bail despite his solid alibi and Bonginkosi Khanyile, a Fees Must Fall activist, was jailed for almost six months and repeatedly denied bail. There are just two examples of court rulings that reveal this double standard.

These black activists were criminalised to the full extent of the law, while the white Coligny farm workers, who arguably pose a threat to black lives in their community (considering their disproportionate response in this instance), were granted bail on the basis of the legal maxim of innocent until proven guilty – a luxury not extended to Black people.

Whiteness is so easily afforded innocence, while Black people are considered guilty until proven innocent. The stark differences in the treatment of Black and white people by the legal system is indicative of this. Here, white privilege waves a triumphant flag while Blackness is criminalised and viewed as dangerous; perpetuating the â€œswart gevaarâ€ narrative.

Coligny is a blatant example of fertile ground for racially-motivated violence in that its pre-existing conditions and environment speaks to an eerie, apartheid-style separatist town in which the spatial legacies of apartheid live on, power relations are racially skewed and the long legacy of white privilege endures. The death of Moshoeu ought not to be mistaken as a â€œrandomâ€ or â€œmaliciousâ€ act but rather part of a larger systemic problem with environmental, socio-economic and historical contributing factors which created the fertile ground for the murder of a Black child.

Responses to the #Coligny murder vary, but one such response that ought to be heavily scrutinised is that of Afriforum and the Freedom Front Plus who have deployed private security for the protection of the white farm workers on trial. This is indicative of how quickly white capital responds to protect whiteness, rather than justice. Penny Sparrow was defended by white people, despite her overtly racist comments; Helen Zilleâ€™s comments about colonialism solicited many responses about â€œfreedom of speechâ€ from white commentators; the Obz CafÃ© incident led to money being raised for a white waitress. In these collective responses, very quickly the conversation turns from being about the white perpetratorâ€™s offence, to being about their victimhood. The image of white racial innocence and white purity is, thus, easily resurrected.

White victimhood, and racial innocence are by-products of the South African rainbow nation. The South African Truth and Reconciliation process is one of many examples of the centralisation of white-victimhood, in that it painted white perpetrators out to be victims of a system, and simply seeking forgiveness in hopes of amnesty. The TRCâ€™s broad definition of victim led to the erasure of the pain, trauma and injustice that Black people went through during apartheid by shifting the responsibility onto victims to forgive and perpetrators to be forgiven.

This narrative fails to account for the deliberate ways in which white folk endorse and participate in white supremacy. Whether it was their complicity to the injustices of apartheid or their continued arrogance and unwillingness to engage on major systemic issues that we face today, white people in SA have yet to collectively acknowledge and concede to the dangerous ways in which they uphold the status quo. It is this complicity (and subsequent victimhood) that then relegates them to being innocent bystanders (or even victims) who benefit from a world created for their supremacy. Thus, the protection of white perpetrators in Coligny trivialises the murder of a Black child and negates the pain and trauma of everyday injustice.

The murder of a young Black child has highlighted deeply-entrenched and systemic issues in the town of Coligny, and these issues are largely interlinked with many other socio-economic and historical concerns in the country and the world at large.

Pressure from provincial government to address the communityâ€™s issues in hopes of simply “restoring peace”Â is one that is largely short-term. The valid anger that we now see bubbling to the surface requires a lot more than buzzwords like â€œreconciliationâ€ and â€œcommunity healingâ€. If anything, this is a call for justice and it requires bold action.