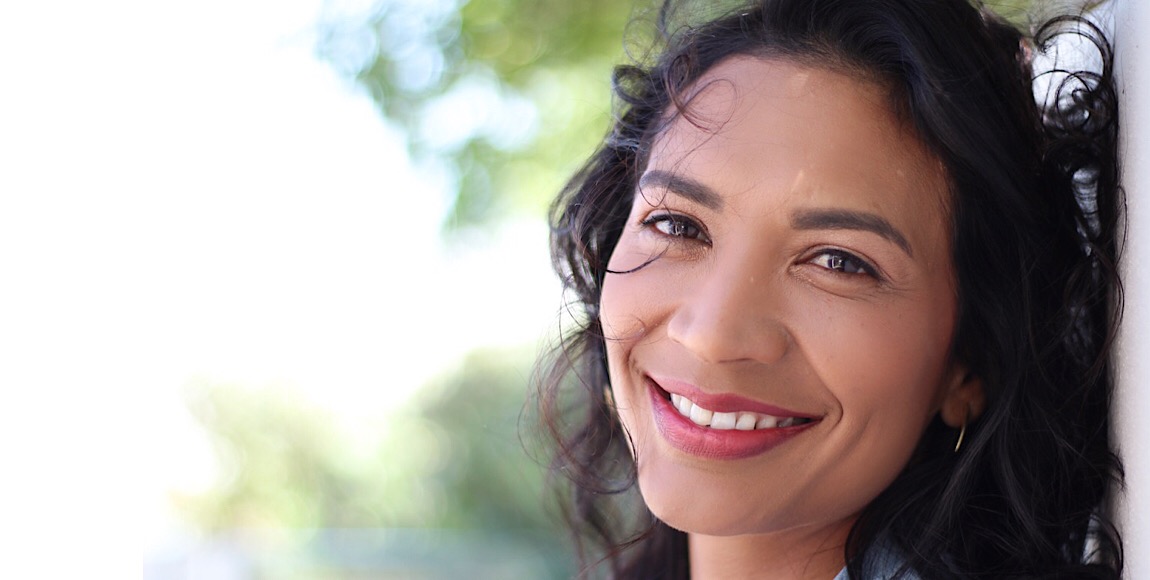 Born and bred in Cape Town, Qarnita Loxton started writing as a way of keeping herself busy. Being a shy child, she had always written as a way of expressing herself without having to speak. Now with a second book in her repertoire, Loxton is on her way to establishing herself within the South African literary scene. The Daily Vox team sat down with Loxton to speak about her latest release, Being Lily.

Loxton found an online writing course which was ran by the University of Cape Town facilitated by Mike Nichols and Claire Strombeck. Through the course, she managed to go beyond her childhood writing and start longer writing. However, at that point she still didn’t believe she could actually write a whole entire book. It was after she took part in a Masterclass once more facilitated by Nichols and Strombeck that Loxton started writing in earnest.

“It was very good for me because it had this whole thing of deadlines. I am a very deadline-driven person so I felt that I had committed to something. The whole routine of writing everyday and submitting an amount of words at the end of every month really worked for me. So at the end of the year I had a manuscript,”

It was Nichols and Strombeck who helped her with editing the manuscript and publishing advice as well. That manuscript later became her first book Being Kari.

Loxton says she doesn’t even know how the second book happened so quickly after the first one was published: “It’s kind of like a parent with a lot of children. You kind of know how but you don’t at the same time,”

Being Kari tells the story of Kari whose life comes crashing down when her husband reveals that he has been unfaithful. She has to navigate that news along with her conflicting identities of coming from a traditional Muslim background. In Being Lily, Kari’s friend Lily is the main character. She is on the point of getting married when her fiance’s ex turns up with his daughter.

“It was quite an amazing thing for me personally, that I had written something and I had it published. It was next level for me. When I finished Kari, I still had a love for these characters and they had become like my friends […] At the end of Kari, Lily gets engaged and it was as if I couldn’t leave it,”

Loxton says she attended a considerable amount of weddings that year which influenced the writing of Being Lily. It raised questions for her about why do people get married as these days there isn’t really a need and the expectation that people fall in love, get married and have kids.

“It made me think of Lily because she is sort of this confident professional doctor in her late thirties who didn’t have the dream to get married and now it was happening to her,”

Writing the characters for the book, Loxton says she was advised by Strombeck to write about things she knew.

“When I was younger as I said I wasn’t part of a tight group of friends. I wasn’t that kind of person. But as I’ve grown older as a woman, I’ve made women friends and I’ve come to understand how much of a support, they were to me. That was the trigger. The whole sort of circle of women friends,” However, on a more fun note, Loxton says she wanted to write a Cape Town Sex and the City.

“So there were these women who were close but were also doing fun things and in a Cape Town setting so that’s why my thinking was initially about friendship,”

The romance novel genre is something that often derided the world over especially by men as not being serious enough literary genre. Yet, it is in these books that often people find solace and happiness and human nature in all its intricacies is examined.

“My knee-jerk response to that is that I don’t care what you call it as long as you read it and enjoy it. When I wrote it I didn’t intend for it to fit into any one genre. I struggle with label because I feel like it’s just so people know where to put it in a bookstore […] The way I write, it’s an accessible way of writing and so people can relate to it in the tone and the issues that I write about are also dealt with in an accessible way,”

Loxton says the sometimes highly political and academic work is not accessible so if there is a way to achieve the same things about social commentary but in a relatable way, the end result can be the same.

“For me that’s what relationships are about, whether it’s a friendship which is the core of these books. There is a lot of stuff about relationships between parents and children and then also the romantic kind of relationships. But in all of those I feel a sense of optimism for life and that’s what I like to read about,”

Romance novels are also generally not thought of political but by touching on issues like women friendships and interracial relationships, Loxton’s book can be seen as the personal becoming the political.

“That where I guess the two books are linked. Kari is a woman who is from a Muslim family and she has been estranged from them for ten years. She marries an Afrikaans man and it all comes to head on Valentine’s Day when she finds out that her husband had a one-night stand and her grandmother has died […] She is forced to reconcile her identity that she has grown away from. I think for South Africans that is relevant because identity and where you belong is something that is really at the forefront of South Africa culture,”

Both characters, Kari and Lily experience the different cultures and relationships in South Africa, coming from different backgrounds. Loxton says her book isn’t political but she wanted to show how relationships we have connect us overtly and in more subtle ways.

Loxton says people should read her books because it represents slices of life.

“It exposes people to a way of writing, without sounding boastful, I write in a way that is accessible. It’s funny but also makes you think about sort of bigger issues that are happening without ramming it down your throat. It’s a fun, entertaining but a stimulating read that will make you think about it for longer than when you just read the book,”

Published by Kwela Books, Being Lily and Being Kari is available at all good bookstores and online.