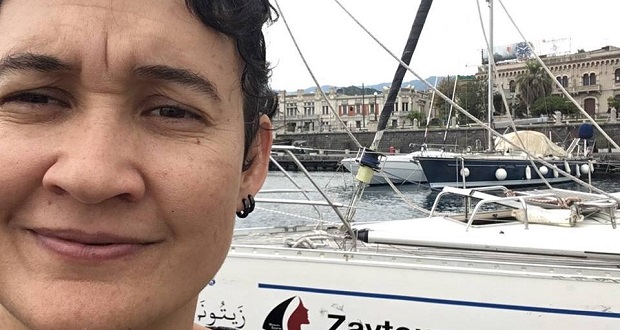 South Africa has more than 500, 000 citizens who identify as queer, lesbian, gay, bisexual, transgender and/or intersex. Each year, more and more queer South Africans slay in their sectors so we made a list of a few who won this year.

Naidoo has been doing great things this year.Â In August, she delivered the keynote address at the Ruth First lecture, where she said: â€œThe specter of revolution, of radical change, is in young peopleâ€™s minds and politics, and it is almost nowhere in the politics of the anti-apartheid generation.

“In fact, even as they criticised young people just five years earlier for being apathetic and depoliticized, they have now thought student activists misguided, uninformed, and madâ€.

Last October, she was part of the Peace Boat to Gaza which she and 12 other activists embarked on to challenge the Israeli blockade on Gaza. Their boat was intercepted and she was detained by the Israeli Defence Force and spent a night in prison in Tel Aviv.

She, along with five others, wrote a funding model for free higher education which was submitted to the Fees Commission.

Tutu took a stand and gave up her priesthood at the Anglican church this year after marrying another woman, Marceline van Furth. In June this year, she told the BBC, “I shouldn’t have to choose but in the end you always choose love. Everything else will fall into place somehow. When in doubt do the most loving thing.” After her marriage, she decided instead of her priesthood being taken away by force, she would hand it back. Ndopu is the first African with a disability to be admitted to the University of Oxford to start his Master of Public Policy degree in September this year. He was also named one of the worldâ€™s 30 Top Thinkers Under 30, and plans to be the first queer, black activist with disabilities in space!

Ndopu has had spinal muscular atrophy since he was two years old. In 2016, he was awarded a full scholarship to study at Oxford. He toldÂ The Daily VoxÂ the program will â€œmake me understand my role of influencing discourses around the world, particularly for disability.”

“I want to be at the forefront of policymaking and I can accord young people across the globe with disabilities with greater access.â€

Ndopu launched #OxfordEddiecated, a crowdfunding campaign to cover the costs of his trip and caregiver. While he has not yet reached his goal, the crowdfunder is still open.

As I watch Al Jazeera, I see Eddie Ndopu. He still needs to raise funds to get a carer as he can’t use his hands & arms. #OxfordEddiecated

In August, Semenya won the 800m in 1 min 55.28 seconds at the Olympics in Rio, Brazil. This was a national record and her personal best. It was also the fifth fastest time in Olympic history.

Who is Caster Semenya and why does she matter?

She also because the 487th Did You Know on the inside of the Chappies chewing gum wrapper. #Goals!

This photographer has worked for the past 10 years photographing people â€œto re-write a black, queer, and trans visual history of South Africaâ€. ArtReview magazineâ€™s annual Power 100 list of influencers in the contemporary art world described her as the mostÂ powerful female artist in Africa.

The Johannesburg-based photographer, filmmaker and self-titled “visual activist” is also an activist campaigning against the violence faced by lesbian, gay, bisexual, transgender and intersex communities.