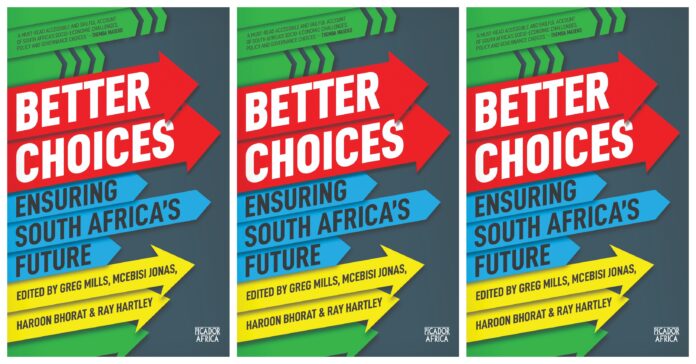 Better Choices: Ensuring South Africa’s Future is a collection by South Africa’s top thinkers on the political economy. A bleak picture currently exists of South Africa with state capture, failures of government institutions, loadshedding and more. In this book, the various thinkers outline the solutions – the ‘better choices’– needed by leadership to alter the country’s bleak trajectory. One of the editors of the book, Ray Hartley explains why the book is important.

What was the reasoning for writing the book?

South Africa is at a crossroads with slow economic growth and deteriorating governance. Instead of another book pointing out the problems which are very well documented. The Brenthurst Foundation decided to focus on solutions – the answers to the key questions facing us right now.

What was the thinking behind the inclusion of the different writers and thinkers?

We wanted to get a mixture of experts and those who have written extensively on the subjects which range from failing SOEs to agriculture and security.

What would you say is the most “common thing” South Africans are missing out or do not have a full understanding of in terms of the country’s problems and failures?

I think South Africans believe the answers to our problems are incredibly complex and it’s hard to imagine a way out of our predicament. The book shows that there are actually a few decisive steps that will turn things around if only we had the political will.

The book looks at governance choices, the justice system, service delivery, the labour market and agriculture amongst many others.

What is the biggest challenge faced?

The biggest challenge is finding the political will to make tough choices and see their implementation through. Everyone knows that the state does not have the resources to tackle our major infrastructure problems in electricity and rail, for example, but politicians are afraid to allow the private sector into these areas because they fear they will be ceding power and control and lose out on rents.

What would you say are the three easiest implementable “Best Choices”?

Who is the book for?

The book is for anyone who is interested in making a positive contribution towards changing how our country works by seeking solutions.

On reading Ramaphosa: The Man Who Would Be King