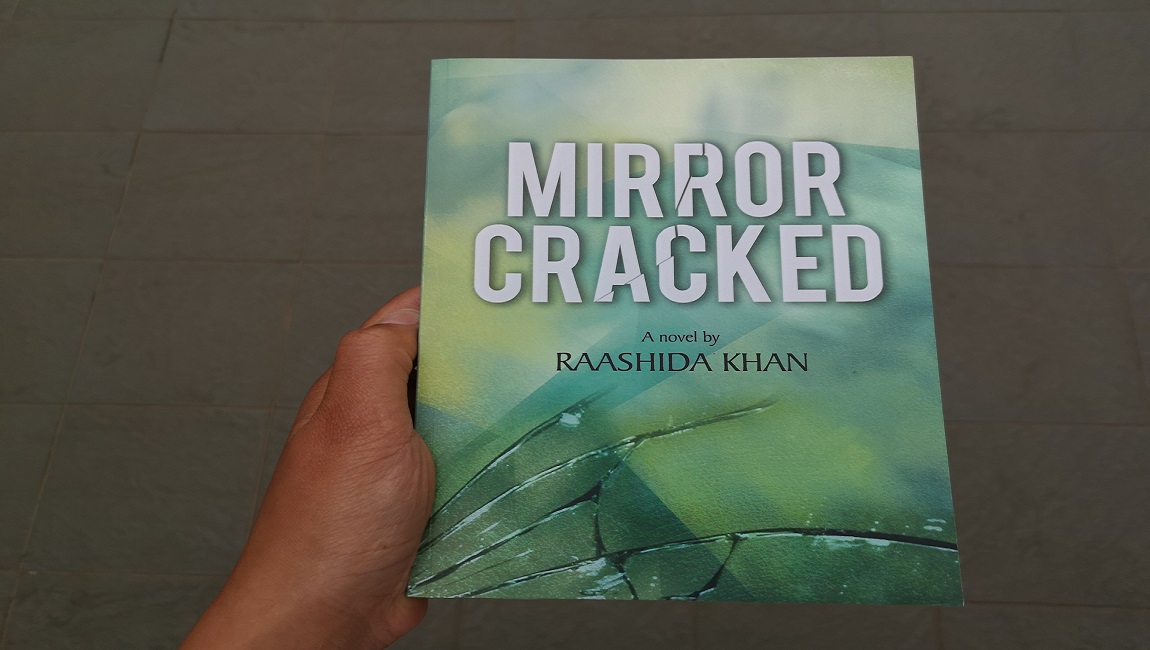 South African Indian Muslims are a conservative bunch: there are some topics that are just not spoken about. So you can imagine the furore expected with Raashida Khan’s debut novel Mirror Cracked: which tackles themes of homosexuality, infidelity, and mental health. Mirror Cracked follows the lives of three Muslim people living in apartheid South Africa and how their lives are entangled. Khan – who also writes poetry, short stories – won the Minara Aziz Hassim Literary Award for her debut novel. The Daily Vox caught up with her about the importance of writing about these controversial topics in her community.

There are many reasons why the Indian Muslim community is so conservative. I hate sounding judgemental because I really don’t represent anybody except myself. But I think it’s partly our upbringing and our understanding or relationship to Islam. It’s unfortunately coloured through a patriarchal lens. Patriarchy doesn’t only affect women, it affects our men big time. Islam is a simple religion, we complicate it. Then there’s our cultural context of being Indian, of being separated from other cultures and communities for so long during apartheid and then keeping to ourselves. Even among Muslims there are divisions. It’s all of that conditioning. I’ve always wanted to write fiction. Of course you must write what you know, so my books will almost always be set in the Muslim community or be closely related to the Muslim community. I’m a strong Muslim, I’m not a religious Muslim but I do believe.

A lot of my work tackles taboo topics. As a writer, I’m very honest. That’s the only way I can write. Even though this is fiction, it’s an honest foretelling. But I started writing a little bit later so I’m more mature. When you’re older, the little things don’t matter. I must say, the response hasn’t been as bad as I thought it would be. I thought I would get a lot of flack.

I first shared the story with my family. I shared it with my husband, I told my kids what the story was about, I told my mom. They said, ‘if this is the story you must write then you must go for it.’ I asked my husband, ‘what will people say, you know how our Muslim people are and are you going to be okay with that?’ Because Muslim people are pretty conservative. We’re conservative in our attitude even though we’re modern in our lifestyle. And my husband and I are known in the community. He was very supportive. He said to go ahead, it’s just a story.

In my book I speak about mental health which is a big taboo topic. Suicide is common among young people. In most cases whenever there is suicide, there is an underlying mental health issue. We have to start talking about this. Our youngsters are under immense pressure. When our youngsters say they are depressed, they’re told: ‘You aren’t praying enough, you don’t believe in Allah, Allah has a plan’. They’re told, ‘If you’re Muslim you can’t have depression’. That’s bullshit. Anyone can have depression.

Anxiety and depression are two of the biggest problems at the moment, and it’s growing at an alarming rate. We need to equip our children with tools to deal with that and the best tool is talking about it. The only way we as parents can help them is if we empower ourselves with education. You just have to be aware and look out for the symptoms and then make your kids aware. Because even if they’re not suffering from it, they may know a friend who is and needs help.

It’s very important to break down barriers and start having the conversations. Otherwise we are grappling with things that aren’t supposed to be as difficult as they are. Maybe it’s sexuality, maybe it’s drugs – and let’s not kid ourselves about the challenges we have with drugs in our community. Whatever challenge you’re facing you need to be able to feel the space and safety to speak to your family and your community.

You shouldn’t be afraid to speak to an imam, to speak to your parents. Who are you going to go to? You’re going to go to the internet or friends who might not necessarily have your back or be mature enough to understand or give you the right advice.

I’m no Muslim scholar but I can tell you one thing I know without a doubt, and that’s that Allah loves all of us. It’s only Allah to judge, who are we to judge what the next person is doing?

Mirror Cracked is available for for purchase online, and at all good bookstores. Fragrance Of Forgiveness, the sequel to Mirror Cracked, will be available in January 2018.