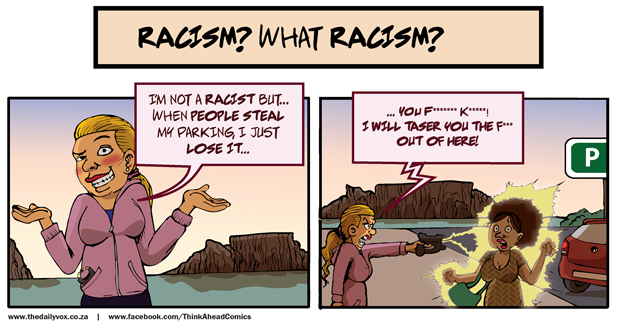 Capetonians sometimes complain that the Mother City isnâ€™t as racist as the rest of us make out. But with 15 race-related cases heard by a single court in less than a year, weâ€™re not so sure.

In the latest case to make headlines, Talana-Jo Huysamer was charged after she lost it while fighting for a parking space. Huysamer allegedly called ChantlÃ© Hoffmann the K-word (several times) and, as if that werenâ€™t bad enough, shocked her with a taser.